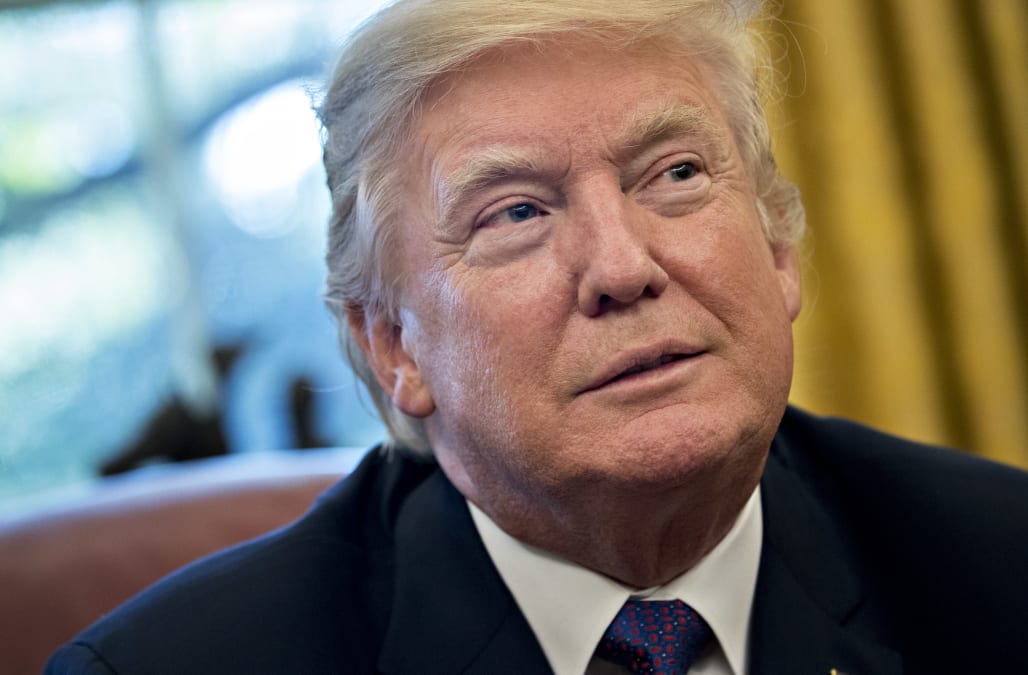 President Donald Trump’s approval rating sank to a new low in a NBC/Wall Street Journal poll released Sunday, with only 38 percent of voters approving of the president’s job performance and 58 percent disapproving.

The president’s numbers have fallen the most with independents, who went from 41 percent approval in September to 34 percent in October, and two key demographics at the core of Trump’s base: white voters (fell from 51 percent to 47 percent) and white voters without a college degree (58 percent to 51 percent).

Sunday’s poll marks Trump’s lowest numbers from an NBC/WSJ poll so far, with his lowest poll previously being 39 percent approval in May. The NBC poll has often rated Trump higher than other presidential polls, which have published approval ratings as low as 33 percent.

The president’s approval rating has fallen five points since September, NBC News reported, in the wake of Trump’s ongoing tension with a Gold Star widow and criticism from such members of his own party as Sens. Bob Corker and Jeff Flake.

Sunday’s poll also revealed some potentially bad signs for congressional Republicans, with 48 percent of registered voters saying they would prefer a Democratic-controlled Congress versus only 41 percent wanting one controlled by Republicans. With the 2018 midterms a year away, 46 percent of respondents said they will be casting their ballot to “send a message” they want more Democrats in Congress to be a “check and balance to Trump and congressional Republicans.”

More from Mic.com:
The two issues that matter most to Trump voters – and how they drove Flake from the Senate
Trump’s Republican critics object to his “coarseness” — not his politics
Trump attacked Hillary and the media ahead of Mueller news. Of course he did.