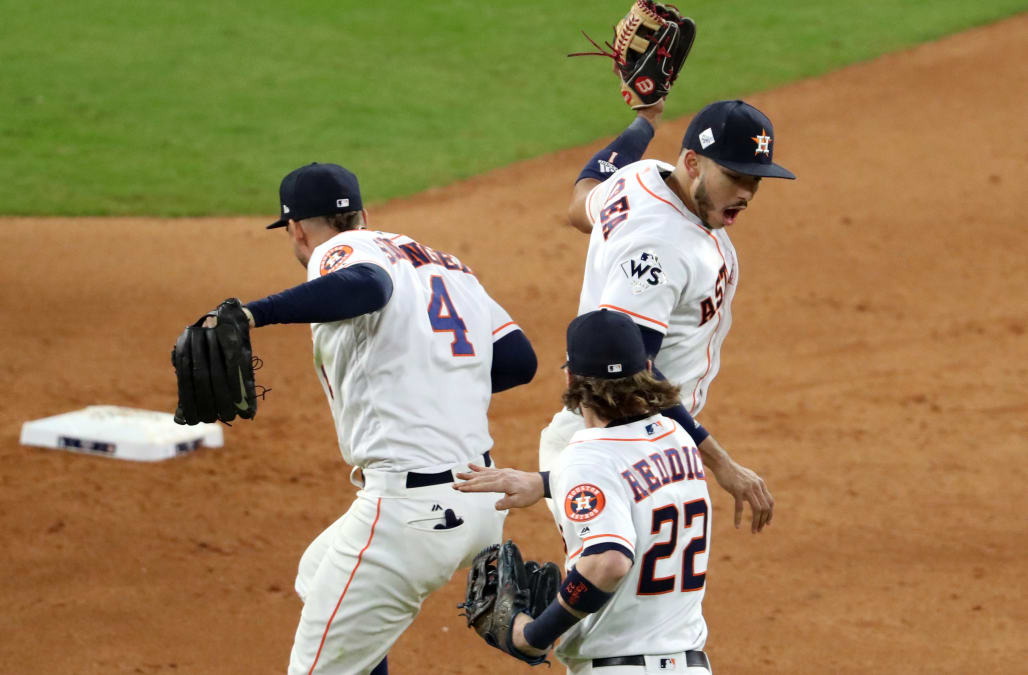 HOUSTON (Reuters) - The Houston Astros chased Los Angeles Dodgers starter Yu Darvish in the second inning and rolled to a 5-3 victory on Friday that gave them a 2-1 lead in the World Series.

The win stretched Houston's unbeaten home record in the postseason to seven games and put them two victories away from their first World Series title since the inception of the team 55 years ago.

Brad Peacock entered the game in the sixth inning and did not allow a hit the entire way as he earned his first save when he got the game's final batter to fly out to right field in the early hours on Saturday.

"I never experienced anything like that in my life. I was locked in today," said Peacock. "I haven't ever had a save in my career. I’m glad they gave it to me and I was ready for the opportunity."

The Astros' vaunted offense made short work of Darvish, who allowed four runs on six hits and a walk through 1-2/3 innings in a World Series debut that fell apart for the Japanese right-hander in the second inning.

Houston's Yuli Gurriel opened the scoring when he led off the second with a scorching drive over the left field wall. Josh Reddick followed that up with a double before Darvish walked Evan Gattis.

Marwin Gonzalez and Brian McCann then hit consecutive run-scoring singles before Darvish finally registered his first out of the inning.

From there Alex Bregman hit a sacrifice fly that scored Gonzalez before Jose Altuve ripped a double to left that marked the end of Darvish's night with Houston in total control.

Related: See the best photos from the week in sports:

But the Dodgers, who had the best record in all of Major League Baseball during the regular season, were not ready to roll over.

There were in position to storm back when Astros pitcher Lance McCullers walked the bases loaded to start the third but he managed to escape the inning having only allowed one run.

The Dodgers then allowed the Astros to restore their four-run cushion when Josh Reddick scored from first on an infield hit and throwing error in the fifth.

Los Angeles took a bigger chunk out of the Astros' lead in the fifth inning when a ground out and wild pitch pulled them to within 5-3 but that was as close as they would get.

Game Four is scheduled for later on Saturday in Houston when the Astros will try to become the first team to win their first eight homes games in a postseason.