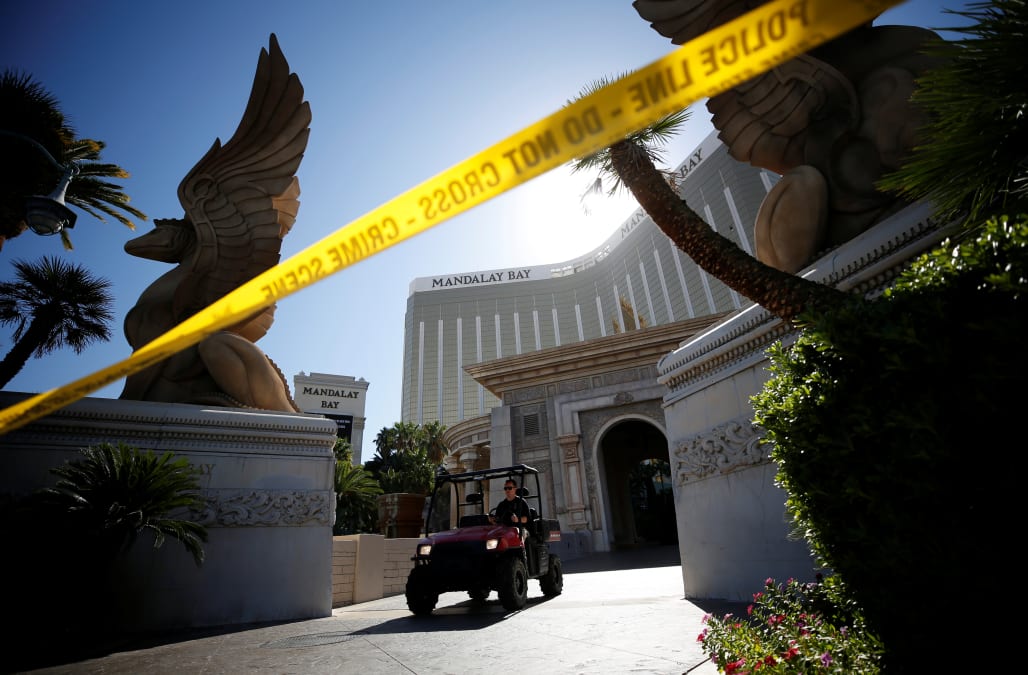 The outlet reports that Bruce Paddock was arrested in North Hollywood, California, at an assisted living home by a joint task force including the FBI and the LAPD.

Law enforcement sources allegedly told TMZ that police were tipped off about illegal images on Paddock's computer. After obtaining a warrant and conducting a search, authorities arrested him.

The investigation into Bruce Paddock reportedly began before his brother, Stephen Paddock, committed the deadliest mass shooting in modern U.S. history at a Las Vegas music festival on Oct. 1.

Police officers were having trouble locating Bruce Paddock, but after the Las Vegas massacre, they received a tip on his whereabouts, TMZ reported.

Earlier this month, it was revealed that Paddock's father, Patrick Benjamin Paddock, was a bank robber who used to be on the FBI's Most Wanted list.

He was known as "Chrome Dome" for his shaved head and was captured in 1978 while running a bingo parlor in Oregon.

RELATED: Here's what we know about Stephen Paddock:

More from Aol.com:
Halloween display with Las Vegas victims gravestones taken down
Mandalay Bay will not rent out Stephen Paddock's room again
Police officer killed in Las Vegas mass shooting left instructions for funeral: 'Remember me for who I was'