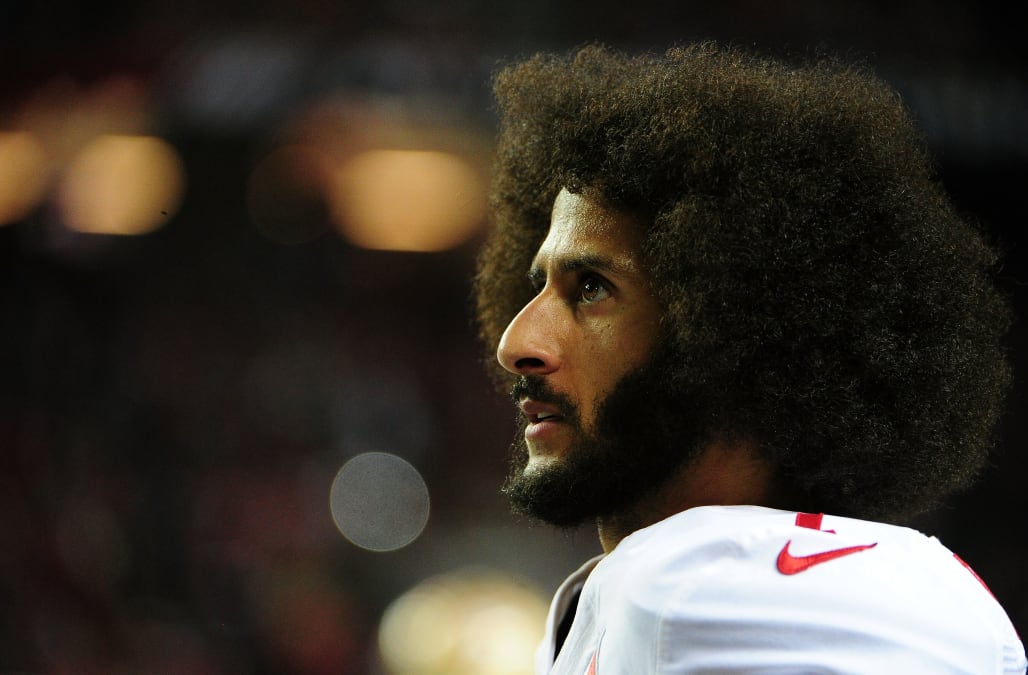 The NFL and players are expected to meet next week for another round of discussions about national anthem protests, and a big guest may be included: Colin Kaepernick.

On Wednesday, NFL spokesman Joe Lockhart said he expects Kaepernick to once again be invited by the players, though he doesn't know if Kaepernick would attend the meeting.

Kaepernick was reportedly invited by players to attend a meeting on October 17, but did not attend because he didn't want to be a distraction.

"We look forward to him joining the conversation," Lockhart said.

After the October 17 meeting, Kaepernick's lawyer said Kaepernick is "open to future participation" in the meetings. It remains unclear if Kaepernick would attend without an official invitation from the league.

Such a meeting may create a sort of surreal moment, as Kaepernick, in the midst of a collusion grievance against NFL owners, attends a meeting with players and owners over the very issue that he believes has caused him to be blocked from the league. Kaepernick's decision to kneel during the national anthem last season to protest social injustice set off a wave of other protests, drawing the fury of President Donald Trump and others.

It was reported in March that Kaepernick planned on standing for the national anthem this season.

Kaepernick has reportedly remained focused on returning to the NFL, working out daily in New York City and New Jersey while continuing his off-field efforts to raise awareness toward social injustice.