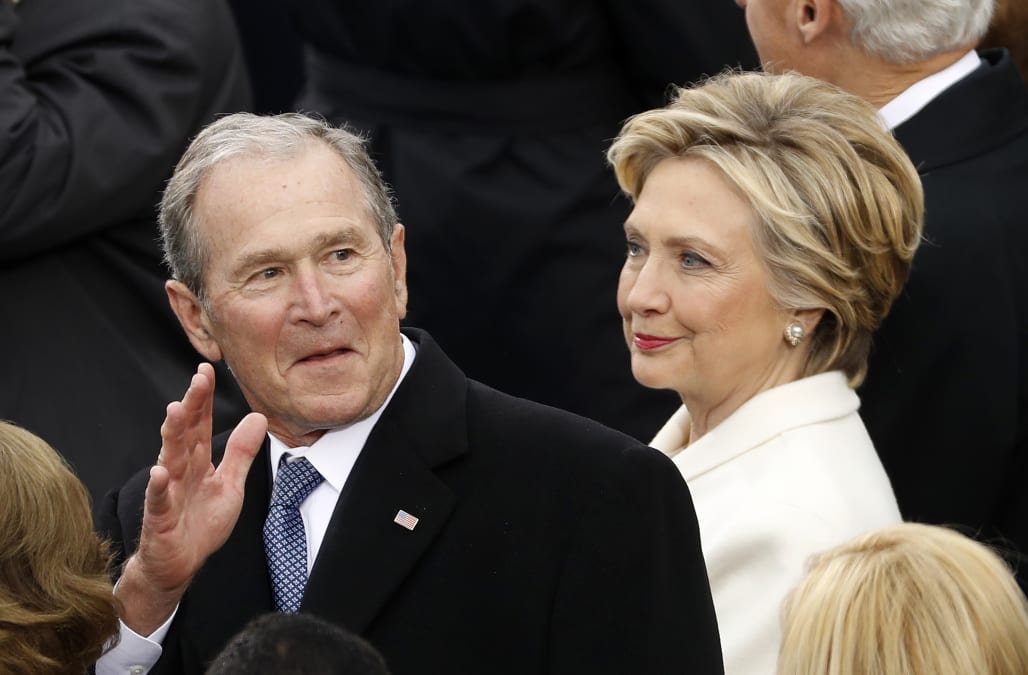 “I really tried to get out of going,” she said on Friday’s broadcast of “The Graham Norton Show.”

Clinton explained that she had been invited not as a candidate but as a former First Lady because, traditionally, former living Presidents and First Ladies attend presidential inaugurations “to show support, continuity of our government,” Clinton said.

Clinton said she thought that if other former Presidents and their spouses planned on boycotting the event, that it might be okay for Clinton and her husband, former President Bill Clinton, to do the same.

“So we called the Bushes, and the elder Bushes were in the hospital, which I think was legitimate,” Clinton said.

Despite their best efforts, the Clintons did attend Trump’s inauguration, which Clinton described as “divisive.”

Clinton said she was hopeful that Trump would “rise to the occasion of being our President and being the President for everybody, not just people who supported him.

Anti-Trump inauguration protester signs
Up Next

Instead, she left the inauguration “so disappointed” after listening to Trump deliver a “really dark, divisive speech that I described as a cry from the white nationalist gust,” Clinton said, referring to a passage in her new memoir, “What Happened.”

“I was so disappointed that it wasn’t an outreach. It was a narrowing and hammering of what he had said before,” Clinton said.