Jacksonville Jaguars owner says Trump is 'jealous' of the NFL 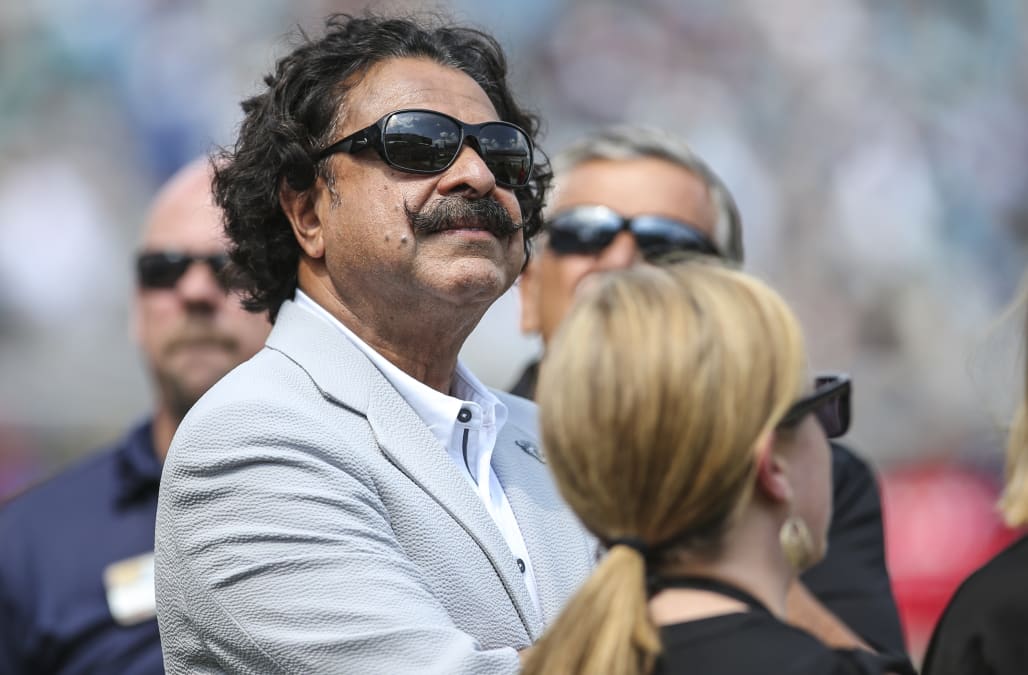 Shad Khan, the owner of the Jacksonville Jaguars, is citing one of President Trump's failed business ventures as the reason behind recent turmoil between the White House and the NFL.

"This is a very personal issue with him," Khan told USA TODAY Sports.

"He's been elected president, where maybe a great goal he had in life to own an NFL team is not very likely."

In 2014, Trump attempted to purchase the Buffalo Bills after the death of team owner Ralph Wilson, but his bid failed. The team was instead sold to Terrence Pegula and his wife, Kim, who also own the NHL's Buffalo Sabres.

“Let’s get real," Khan continued. “The attacks on Muslims, the attacks on minorities, the attacks on Jews. I think the NFL doesn’t even come close to that on the level of being offensive. Here, it’s about money, or messing with -- trying to soil a league or a brand that he’s jealous of.”

Khan, who purchased the Jaguars in 2011, is a self-made billionaire from Pakistan.

Earlier this year, Khan was one of several billionaires who donated to President Trump's inaugural committee, but he has since changed his tune, calling Trump a "great divider."

25 PHOTOS
The history of the Jacksonville Jaguars
See Gallery

The president has been outspoken against NFL players who choose to kneel during the national anthem in protest of social injustices in the United States, but the league announced on Wednesday that it will not instate a rule requiring players to stand.

More from AOL.com:
Trump slams NFL for not making players stand for anthem
Most pro sports teams have stopped staying at Trump hotels
Poll: A record number of Americans are fed up with Trump's Twitter antics