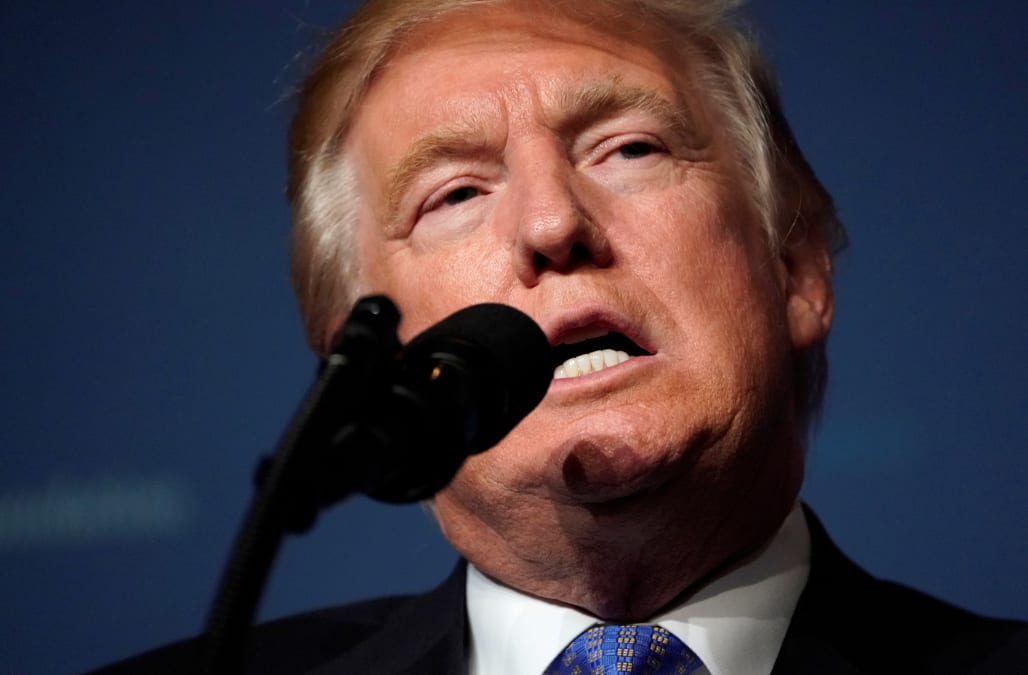 President Donald Trump on Wednesday said he has proof that a Democratic congresswoman "fabricated" her account of a call he made Tuesday to the widow of a soldier killed in an ambush in Africa earlier this month.

But that deceased soldier's mother said the congresswoman was correct in her characterization of what Trump said, telling The Washington Post that Trump disrespected her son and daughter-in-law.

Democratic Rep. Frederica Wilson of Florida told Miami ABC affiliate WPLG on Tuesday that Trump told Myeshia Johnson — the widow of Sgt. La David Johnson, one of the four troops killed during a mission in Niger earlier this month — that, "He knew what he signed up for ... but when it happens, it hurts anyway."

"It's so insensitive," Wilson later told CNN's Don Lemon. "He should have not have said that. He shouldn't have said it."

Wilson said she was riding in the car with Myeshia, who was on her way to the airport to receive her husband's body, when Trump called.

The Florida Democrat then told MSNBC Wednesday morning that the soldier's widow was "crying the whole time" and that when she hung up the phone, she looked at Wilson and said, "He didn't even remember his name."

"He said, 'Well, I guess you knew' — something to the effect that 'he knew what he was getting into when he signed up, but I guess it hurts anyway.' You know, just matter-of-factly, that this is what happens, anyone who is signing up for military duty is signing up to die," Wilson said. "That's the way we interpreted it. It was horrible. It was insensitive. It was absolutely crazy, unnecessary. I was livid."

Trump responded to Wilson's comments on Wednesday morning, claiming that she "totally fabricated" her account of Trump's remarks.

"Democrat Congresswoman totally fabricated what I said to the wife of a soldier who died in action (and I have proof)," Trump tweeted. "Sad!"

"President Trump did disrespect my son and my daughter and also me and my husband," Cowanda Jones-Johnson told The Post. Though she declined to elaborate, she said "yes" when asked if Wilson's account was true.

A White House official told The Post in a statement that Trump's "conversations with the families of American heroes who have made the ultimate sacrifice are private."

The episode comes amid a week in which Trump went after President Barack Obama for not calling the families of deceased soldiers, a false claim that was met with scorn from former Obama aides. He backed off the claim slightly when pressed further by reporters during a Monday news conference. That back-and-forth initially began after Trump was asked at that press conference why he had not made mention of the soldiers who were killed in the Niger ambush.

After the initial backlash to his comments, Trump told Fox News Radio host Brian Kilmeade that he could ask his chief of staff John Kelly if Obama called him when his son Robert was killed in Afghanistan in 2010.

NOW WATCH: Trump once won a lawsuit against the NFL — but the result was an embarrassment

SEE ALSO: One of Trump's top judicial nominees got grilled on Capitol Hill over his involvement with Mueller's Russia probe