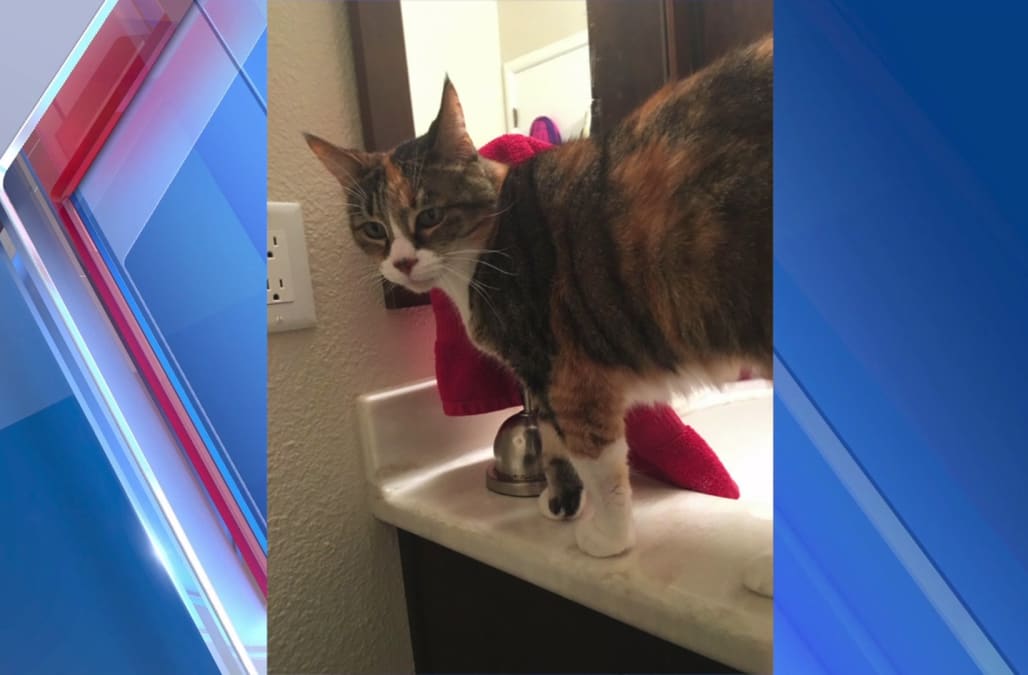 SACRAMENTO (KTXL) -- Georgia Israel has always doted on her pets, which include two dogs, a cat and, until Monday, her 10-year-old cat, Cookie.

"The last time that any of us saw her was Monday morning when we are all leaving for work," Israel said. "I didn't really think too much of it, she could be in the backyard, she could be hiding somewhere."

On Thursday, Georgia noticed a post on Nextdoor from a neighbor saying she had found cat body parts through their Sacramento neighborhood. On Tuesday, a leg was found in the bushes at Regency Circle and Chancery Way. Two days later, about four blocks away, a cat's head and leg were discovered on the street at American River Drive and Jacob Lane.

When Israel reached out to the neighbor, she was sent the gruesome pictures. She says there was no mistaking her cat.

"I knew the second that I saw the pictures, you couldn't deny it," Israel said.

FOX40 will not be revealing the pictures, as they are too graphic.

"The eyes had been gouged out," Israel said.

Israel does not think an animal was responsible and believes Cookie was intentionally killed by a human.

"The body was like laid out on display to get somebody's attention," Israel said.

Christina Bond showed FOX40 the spot on American River Drive where she says she saw the cat's head while taking her kids to school.

"It definitely didn't look like your normal, everyday cat got run over by a car" Bond said.

She remembers telling her husband she didn’t think it was roadkill.

"But finding out there were body parts elsewhere was ... that's not OK," Bond said.

Israel told FOX40 she reached out the Sacramento County Animal Control Services, who told her they believe it was not an animal that killed Cookie. Animal Control confirmed that they went out to the area Sunday to investigate and believe the cat was killed by a coyote. Sacramento County says coyotes have been spotted in the area and have been known to leave the limbs of their prey behind.

"I've confirmed we are investigating this, though the initial assessment is this may be the work of coyotes, not people," said Janna Haynes with Sacramento County.  "We have had a similar situation and it was coyotes in that situation."

"I just really want people to understand that this is going on, to keep your animals inside and keep them safe so that this doesn't happen to anyone else," Israel said.