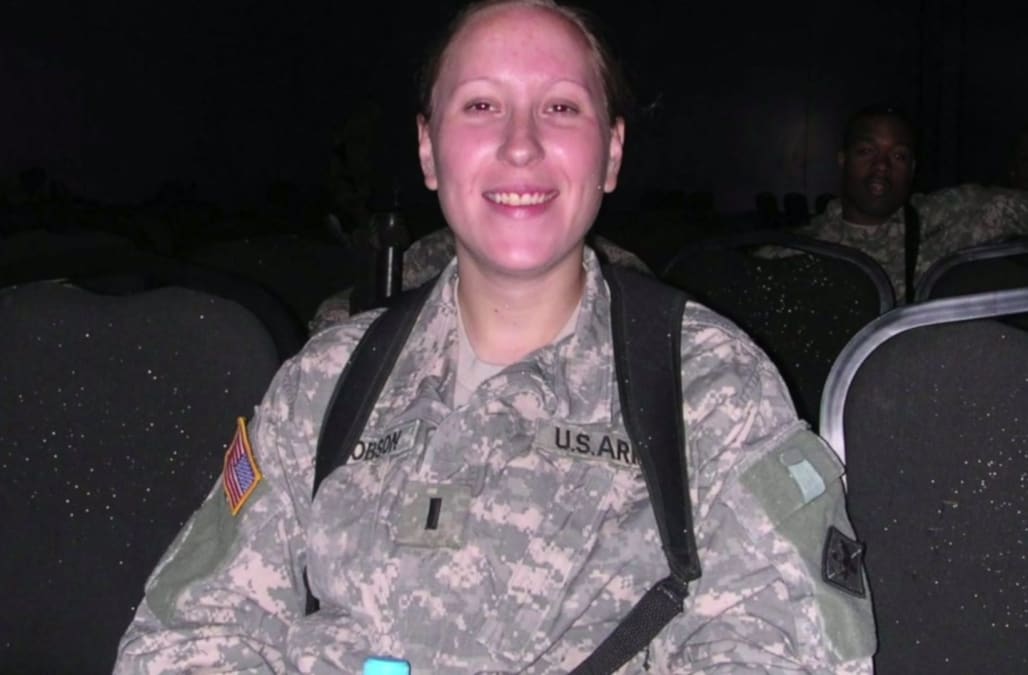 SAN DIEGO (KSWB) - The ex-husband of a retired Army captain from San Diego who went missing over the Labor Day weekend has been arrested on suspicion of murdering her in San Bernardino County, authorities said Monday.

Dalen Larry Ware of Phoenix, Arizona, was taken into custody Friday at his home in connection with the presumed slaying of 37-year-old Julia Jacobson, according to police in Ontario, where she was sighted on the evening of Sept. 2.

Jacobson, whose body has not been found, had left her North Park home that morning along with her white-and-brown wheaten terrier, Boogie. Jacobson and the dog have remained missing since that day.

Missing veteran's ex-husband arrested on suspicion of murder
Up Next

After San Diego police determined that Jacobson had gone to Ontario on the day she disappeared, authorities in San Bernardino County took over the case.

"Based on additional investigative actions, which included the forensic analysis of Jacobson's car, detectives have reason to believe that Julia Jacobson was murdered," Ramirez said. She did not elaborate.

Early on the morning of September 2, Jacobson, a corporate real estate broker for 7-Eleven who deployed to Iraq twice during her military career, visited a Serra Mesa outlet of the convenience-store chain, according to family members.

That evening, a friend received text messages from Jacobson's cell phone stating that she was in the Palm Springs area and planned to continue on to Big Bear.

Five days later, Jacobson's company car was found abandoned in the 2600 block of Monroe Avenue in San Diego, a few blocks from her home, with the keys in the ignition and the windows all partially rolled down.

On a Facebook page that had been dedicated to finding Jacobson, her family posted an announcement Monday afternoon about the terrible news that they had received from Ontario police.

According to the family's statement, "the loss of Julia is beyond words. There will be no more birthday parties, backyard gatherings, holiday celebrations or other family activities to share. The laughter, hugs, guidance and our sense of security are forever gone and our family's hearts will be forever broken."