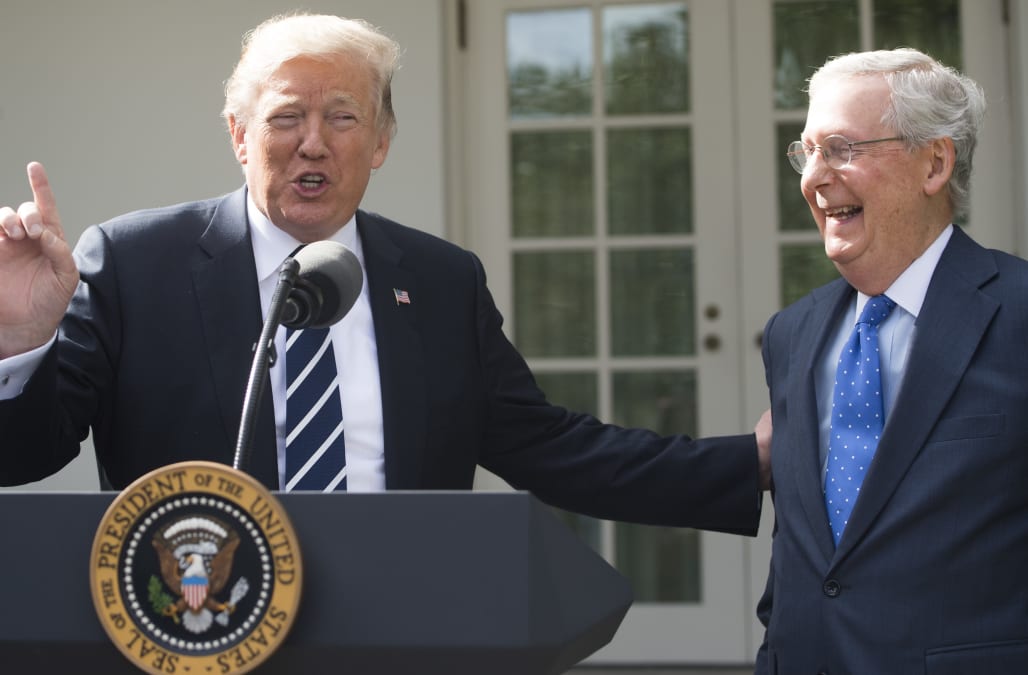 WASHINGTON, Oct 16 (Reuters) - U.S. President Donald Trump and Senate Majority leader Mitch McConnell tried to move past the tensions that followed the collapse of the healthcare reform effort on Monday with a show of unity that focused on tax reform and other items on the Republican agenda.

"We are probably now, despite what we read - we're probably now - I think at least as far as I'm concerned - closer than ever before," Trump said at a White House Rose Garden appearance with McConnell. "The relationship is very good. We're fighting for the same thing - we're fighting for lower taxes, big tax cuts, the biggest tax cuts in the history of our nation."

The two men said they have been friends for a long time, and McConnell said they were in frequent contact on a range of issues. Their White House meeting came as Republicans were trying to gather support for a tax reform plan that was another of Trump's priorities during the presidential campaign.

"We have the same agenda," McConnell told reporters. "We've been friends and acquaintances for a long time. We talk frequently - we don't give you a readout every time we have a conversation."

In August, Trump slammed McConnell repeatedly after a years-long Republican campaign to gut the 2010 Affordable Care Act, commonly known as Obamacare, failed in the U.S. Senate.

Days earlier, Trump had assailed McConnell on Twitter, responding to a speech in which the Senate leader said Trump had "excessive expectations" of Congress on matters such as healthcare and did not understand how long it can take to pass major legislation.

The only problem I have with Mitch McConnell is that, after hearing Repeal & Replace for 7 years, he failed!That should NEVER have happened!

More from AOL.com:
Trump will lose reelection and GOP is ‘dead’ if tax reform and health care bills fail, Sen. Lindsey Graham says
Trump just ignited a battle within the Republican Party about whether to save Obamacare
Trump says Congress is working on short-term health care fix