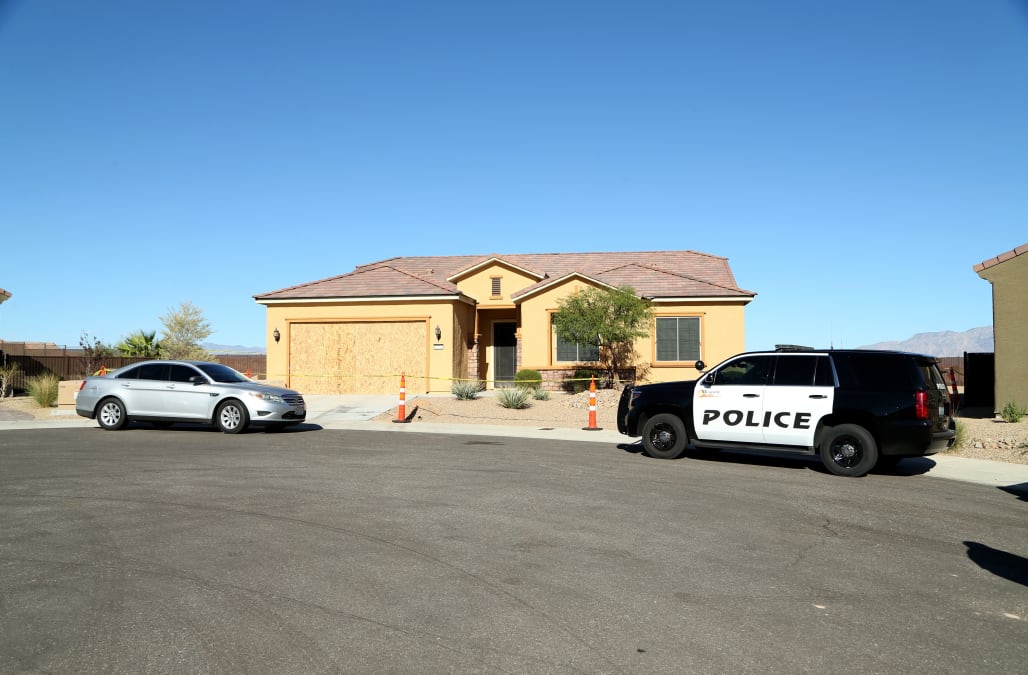 Authorities returned to the once sleepy retirement community in Nevada where the Las Vegas shooter had lived following reports that someone had broken into his home.

The Somersett neighborhood in Reno was thrust into the spotlight after Stephen Paddock sprayed bullets from the 32nd floor of the Mandalay Bay resort down on those attending the Route 91 Festival below. He killed 58 people and injured hundreds more before turning the gun on himself.

Officer Tim Broadway told the Reno Gazette-Journal police were called to the scene by a neighbor who noticed a light on inside the home.

He said at least one person broke into the residence through the front door, though he’s not exactly sure how they managed to gain entry.

Broadway added officers “immediately notified the FBI” and that authorities are working together to prevent similar incidents moving forward.

Nothing seemed to be damaged or missing from the home, located just on the edge of the Sierra Foothills, according to police. Authorities do not yet have any suspects.

On Oct. 3, both federal and local agencies raided the same home, where they found five handguns, a pair of shot guns, several electronic devices and a “plethora of ammunition,” Las Vegas Sheriff Joseph Lombardo said during a press conference earlier this month.

The gunman purchased the tan and brown home in June 2013 and lived there with his girlfriend, Marilou Danley, the Journal reported.

Weapons, explosives and other devices were also discovered in another one of Paddock’s home, located in another Del Webb retirement community in Mesquite, Nevada.

Lombardo added Monday that FBI and behavioral analysts were in the process of revisiting Paddock’s properties, including the one in Reno, to “discern additional evidence.”