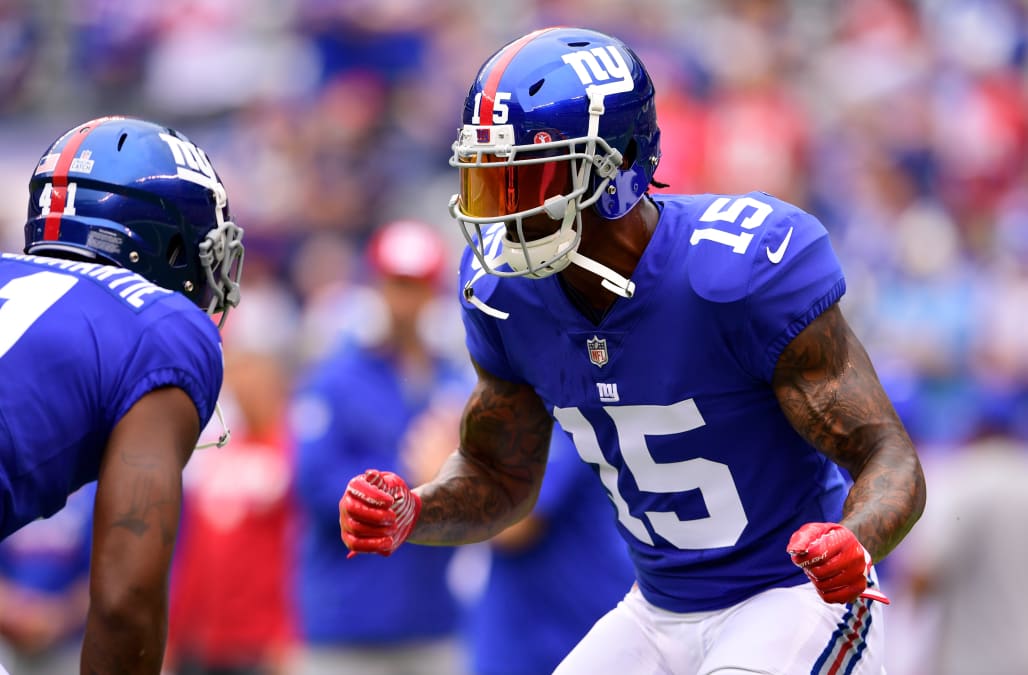 Brandon Marshall had season-ending ankle surgery on Tuesday but the ongoing national anthem debate had him tweeting up a storm on Wednesday morning.

“This isn’t the game I started playing at 6. This may not be a game anymore. #NFL,” Marshall tweeted.

He later clarified what he was referring to: “Politics…,” he said.

Marshall was likely responding to President Trump’s tweet Wednesday morning that “it is about time that Roger Goodell of the NFL is finally demanding that all players STAND for our great National Anthem-RESPECT OUR COUNTRY.”

While Cowboys owner Jerry Jones appears to be bowing to Trump by announcing he won’t play players who kneel for the anthem, Goodell reacted Wednesday to Trump’s misinterpretation of the commissioner’s Tuesday statement.

“Commentary this morning about the Commissioner’s position on the Anthem is not accurate,” the NFL statement said, before explaining that the NFL is “doing the hard work of trying to move from protest to progress.”

Marshall, meanwhile, has one more year on his contract with the Giants but no guaranteed money included in that second year of his deal. So it’s very possible this left ankle stabilization surgery ends his NFL career.

Marshall is outspoken and has done plenty of media work including on Showtime’s "Inside the NFL," though, so his voice will continue to be heard.