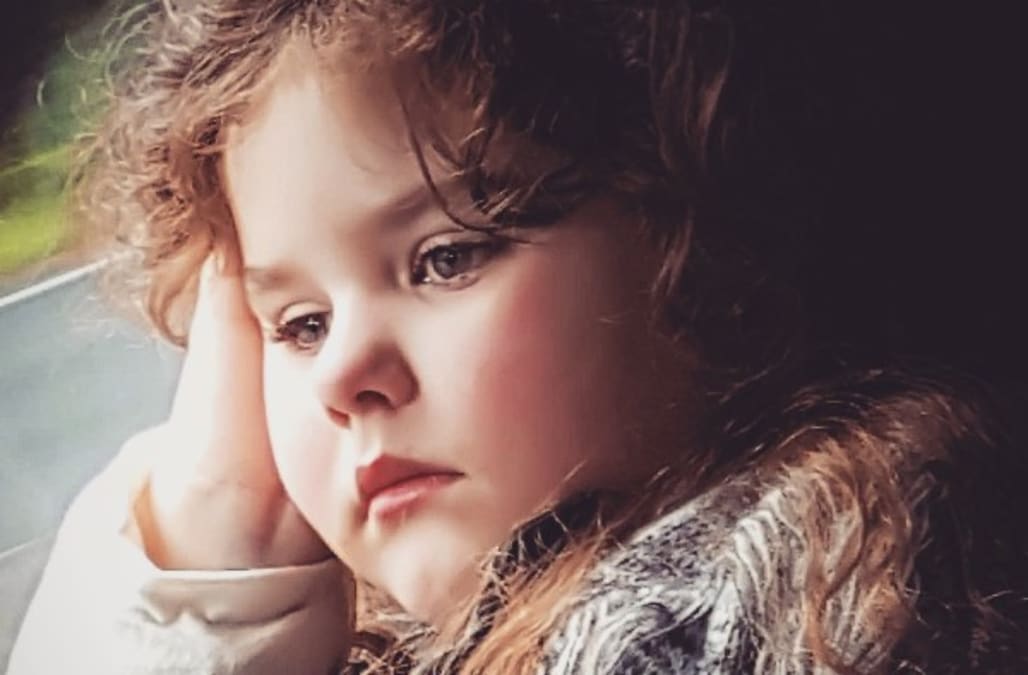 A mother is pleading for help after claiming her five-year-old daughter allegedly started her a period a year ago and has already begun to develop breasts.

Emily Dover was still a toddler when her mother said she began to grow breasts, develop cystic acne and body odor at the age of two.

Emily's mother, Tam Dover, told Mirror Online her daughter started menstruating when she was just four years of age and growing hair on her forehead, back and vagina.

Click through photos of Emily Dover and her family:

“Because she has trouble toileting, she thought she had done a poo in her undies," Dover said, adding that she hadn't known what was happening to her daughter when she began to spot blood so early. "We used panty liners and it didn’t last more than a day. She only had her period again the other day. She hasn’t even had a chance to be a little girl. She’s having to learn how to put panty liners on for menstruating.”

According to the international news outlet, medical experts from the Pediatric Acute Care Unit in Wyong Hospital in Australia have diagnosed the young girl with Addison's disease and central precocious puberty.

Dover said the family is now fundraising to help counter the "astronomical" costs they are facing for their daughter's treatments and medical care, adding on their GoFundMe page that the little girl is due to start a hormone replacement therapy that "will throw her into menopause."

“We are at a loss financially," Dover wrote on the crowdfunding page. "It is hard to ask for the for the charity of strangers for your child, but, here we are, hoping that you can help make a difference in our little girl's life, so she can just feel like a normal 5-year-old.  Not the 5-year-old that is battling puberty amongst other conditions.”

"It is $1455 per shot, and will throw her into menopause, with all the side effects that 50+-year-old women have, and as we are both working, we are not entitled to health care /pension card rebates," Dover writes. "So this treatment, along with her other many appointments and therapies, are covered by us solely.  We work fulltime each and each time Emily is sick, it is days off, mostly without pay, as we have exhausted all of our leave entitlements."