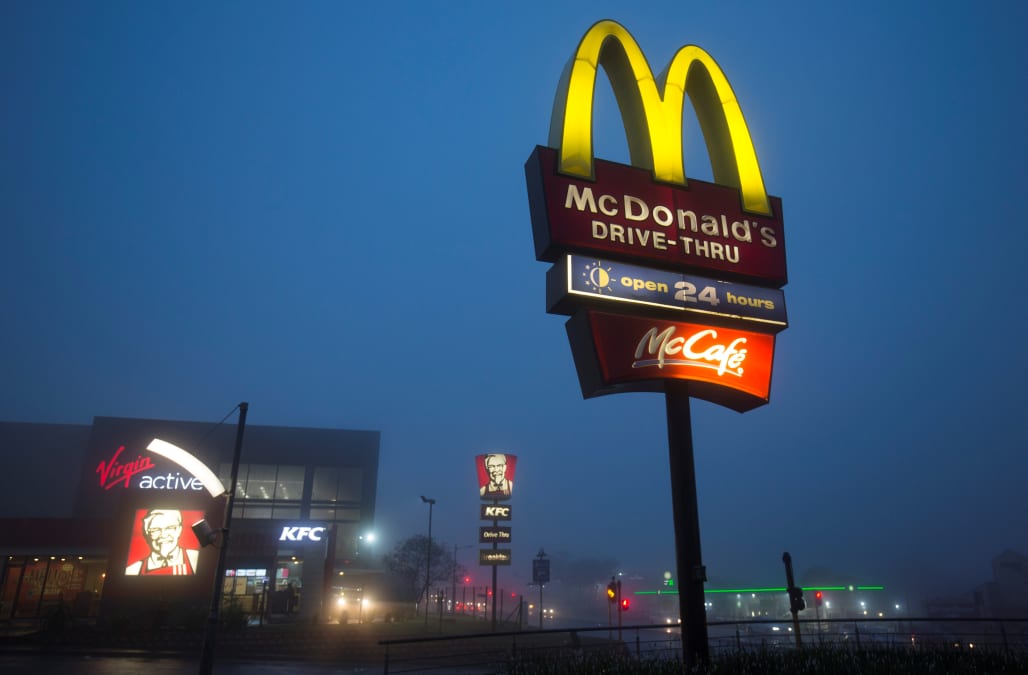 A manager at a New York McDonald’s restaurant has been arrested after he was caught selling drugs to customers who got the goods with their meals, police officials said.

Frank Guerrero, 26, worked as a night shift manager at a McDonald’s on Bruckner Blvd. and Morrison Ave. in the Bronx for the last eight years.

During that time, Guerrero is accused of using his position as a cover to sell cocaine and crack cocaine, prosecutors said.

As part of “Operation Off the Menu,” police spent three months investigating Guerrero.

While the drive-thru portion of the eatery was open 24 hours, the restaurant would close late at night, but at that time, police say Guerrero would unlock the restaurant’s doors to make a sale.

RELATED: Some of the craziest ways smugglers hide drugs

In two instances, Guerrero hid cocaine inside a cookie bag that he handed over with two cheeseburgers, fries and a soda.

He handed the order to the undercover cop over the restaurant counter as other McDonald’s employees worked nearby, police said.

In another incident, Guerrero sold more than $6,500 worth of cocaine and crack cocaine to the officer in the McDonald’s bathroom, where he stashed the drugs inside a soap dispenser, authorities said.

Guerrero is accused of selling the undercover cop nearly $10,900 worth of drugs over the course of the investigation.

He was taken into custody Wednesday at McDonald’s.

Officers there said they recovered bags identical to those he used to package cocaine from a shelf in the back of the restaurant.

The money was stashed inside a dresser in his 2-year-old son’s playroom.

The little boy was there when Guerrero's girlfriend, 24-year-old Leidy Cabral Castillo, was arrested.

Castillo was charged with criminally using drug paraphernalia and unlawfully dealing with a child.

More from Inside Edition:
Elizabeth Vargas Opens Up About Her Drinking Problem
Inside Vegas Gunman's Video Poker Obsession, and How 'Crack Cocaine of Gambling' Made Him a High Roller
Ex-Husband Rips Mom After She Allegedly Leaves Her 4 Kids Home Alone While She's in Europe