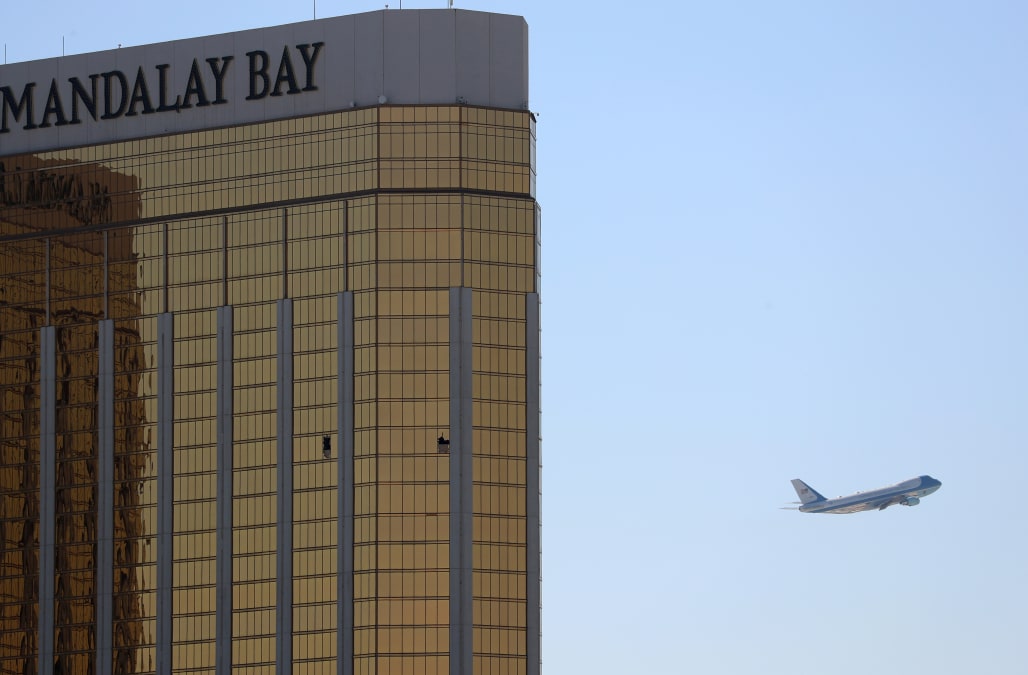 Investigators probing the deadly shooting rampage that unfolded on the Las Vegas Strip on Sunday night say that a piece of paper found in gunman Stephen Paddock's hotel suite was not a suicide note.

Still, there has been much speculation about what may have been on that paper. Police so far have not commented on that detail.

Clark County Sheriff Joseph Lombardo said during a news conference on Wednesday night that there was evidence to suggest Paddock had planned to get out of the Mandalay Bay Resort and Casino alive, but Lombardo refused to elaborate further on that point.

RELATED: What we know about Stephen Paddock

Lombardo, however, did reference Paddock's extensive planning — which included keeping a vehicle at the hotel, filled with explosive material and 1,600 rounds of ammunition. He also suggested the cameras Paddock set up inside and outside his hotel room were an indication that he wanted to keep eyes on the hallway, perhaps to fend off approaching officers.

Paddock fired multiple rounds through his room door and into the hallway when security guard Jesus Campos approached, wounding Campos in the leg. The gunman is believed to have killed himself as more police descended on his room.

Investigators have not publicly shared what motivated Paddock to carry out the rampage, now considered to be the deadliest mass shooting in modern US history. Fifty-eight people died, and hundreds more were injured.

In the days since the massacre, some news outlets have cited sources who said Paddock was taking anti-anxiety medication in the months before the massacre, but it was not clear whether that played a role in his actions related to the attack.

NOW WATCH: North Korea exports $2.83 billion worth of goods — here's where it all goes

SEE ALSO: 'I was just doing my job': Security guard credited with diverting gunfire away from Las Vegas concert