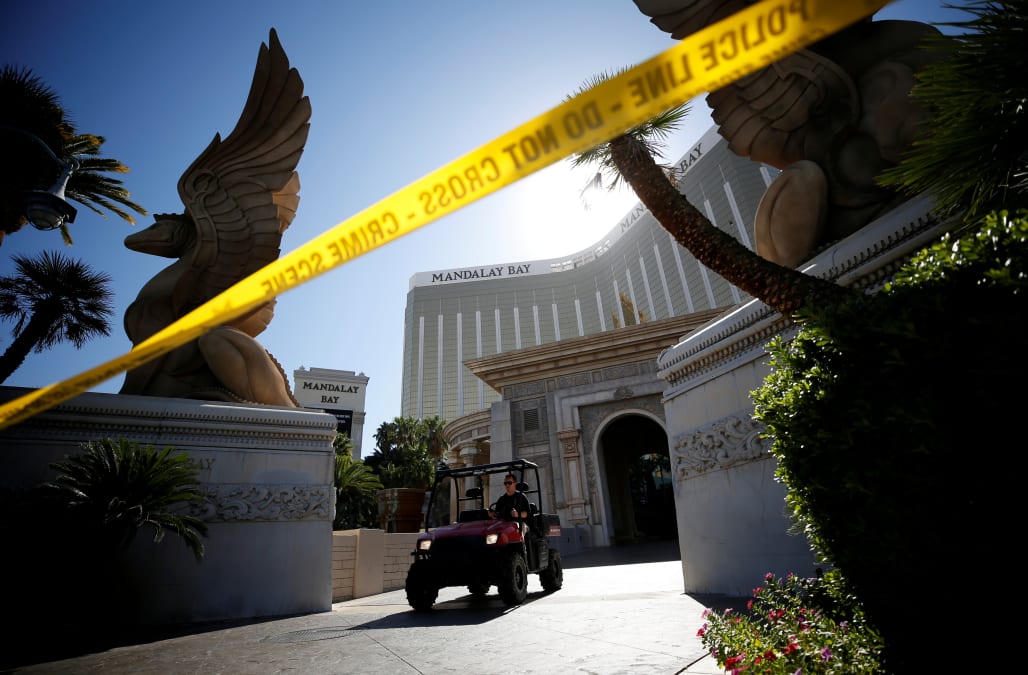 The Las Vegas mass shooter fired at two fuel tanks about 2,000 feet away from his 32nd floor hotel room that could have set off a catastrophic explosion, a source said.

Bullets from Stephen Paddock’s guns struck the tanks near the intersection of E. Mandalay Bay Road and Haven Street, but did not manage to pierce through the storage drums for aviation fuel, according to a knowledgeable source who spoke to Las Vegas Review-Journal.

The two white tanks, located on a lot where private aircraft operators are based, stand approximately 1,000 feet away from the country music festival where 58 concertgoers were brutally gunned down.

Paddock broke two windows of the hotel - one so he could take direct aim at the concert across the street, and another with a view of the tanks about two blocks away, the Review-Journal reported.

After about 10 minutes of high-speed gunfire, Paddock barricaded himself inside the hotel room where he committed suicide before a SWAT team breached the door.

Investigators believe Paddock planned to survive and made plans to escape, according to Sheriff Joseph Lombardo.

The 64-year-old gunman was multi-millionaire who frequently gambled at casinos in Las Vegas, his brother said.

A total of 47 guns were found in the hotel room along with two of Paddock’s homes in Nevada. Twelve of the firearms in the room were fitted with bump stocks, a device that speeds up the rate at which semiautomatic gun can be fired.

Ammonium nitrate, a high-nitrogen fertilizer used in homemade bombs were found in his car, and other explosive materials were recovered at his home in Mesquite.