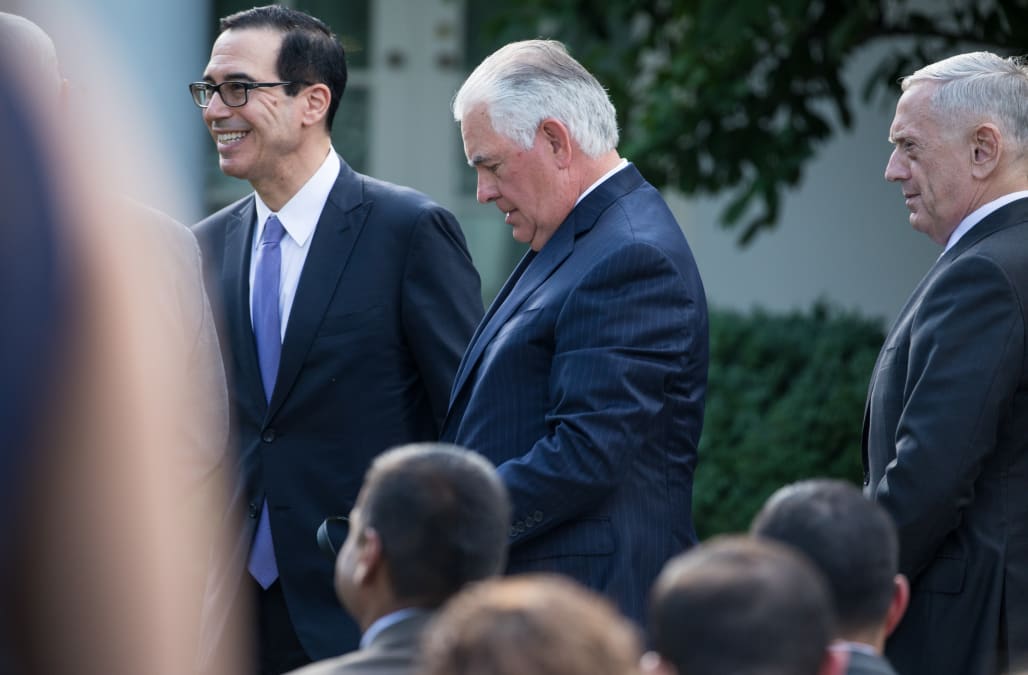 The Washington Examiner reports that all three members of the Trump Cabinet agreed to leave together if one of their jobs is threatened by the president.

The news comes amid rumor’s of a possible resignation by Tillerson in the future.

NBC News reported that the secretary of state threatened to step down following the president’s speech for the Boy Scouts in July.

Tillerson, a former boy scout national president was reportedly offended by the speech and threatened to leave his post.

Tillerson denied the rumors on Wednesday, stating that he never considered leaving the administration.