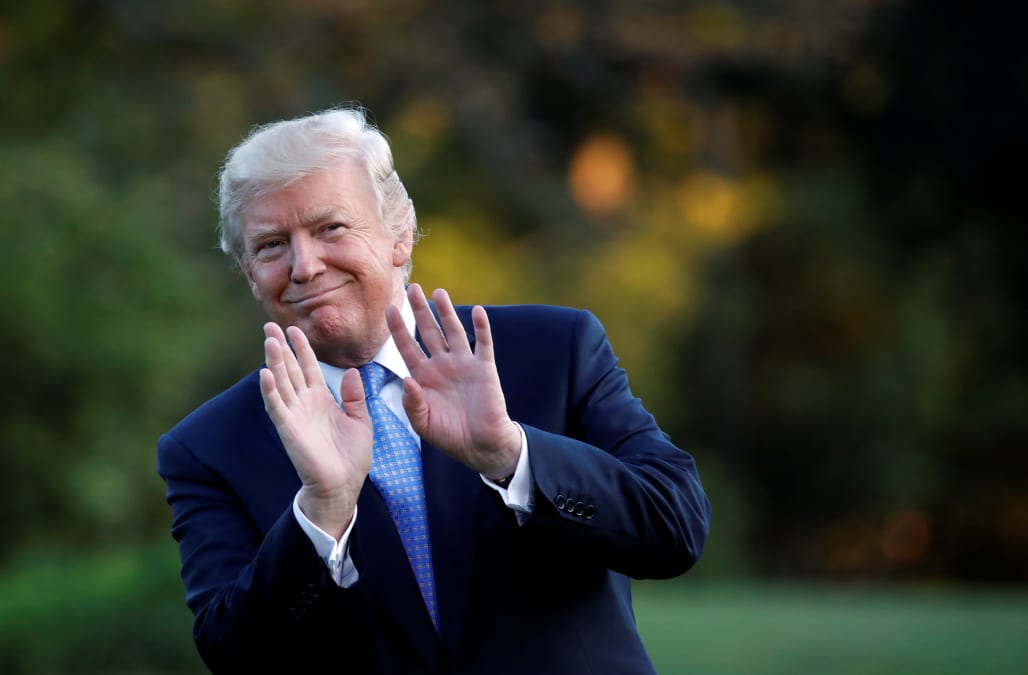 During a Republican fundraiser dinner on Tuesday, President Donald Trump discussed several military and foreign policy-related topics that have made headlines during the first months of his presidency, The Washington Post reported on Thursday.

After calling North Korean leader Kim Jong Un, "Rocket Man," on Twitter and during his first address before the UN General Assembly earlier this month, Trump and North Korea sniped at each other with increasing intensity.

According to people who attended the dinner and shared their accounts of Trump's remarks with The Post, Trump said that he did not give Kim Jong Un the now-infamous nickname in jest; and he thought "Rocket Man" could be taken as a compliment, not an insult.

When Kim Jong Un parried with a personal message to Trump and called him a "dotard" after his UN speech, Trump said he decided to ratchet up his own rhetoric in response: "So I said, all right, so now I'll call him Little Rocket Man," Trump reportedly said at the dinner, according to The Post.

Trump test-drove that moniker at a rally in Huntsville, Alabama.

"We can't have madmen out there shooting rockets all over the place," Trump said at the rally. "This shouldn't be handled now, but I'm gonna handle it because we have to handle it. 'Little Rocket Man.'"

NOW WATCH: Watch an F-35 fighter jet use a ski jump as a runway