Bad news: Bed bugs like the smell of your dirty laundry 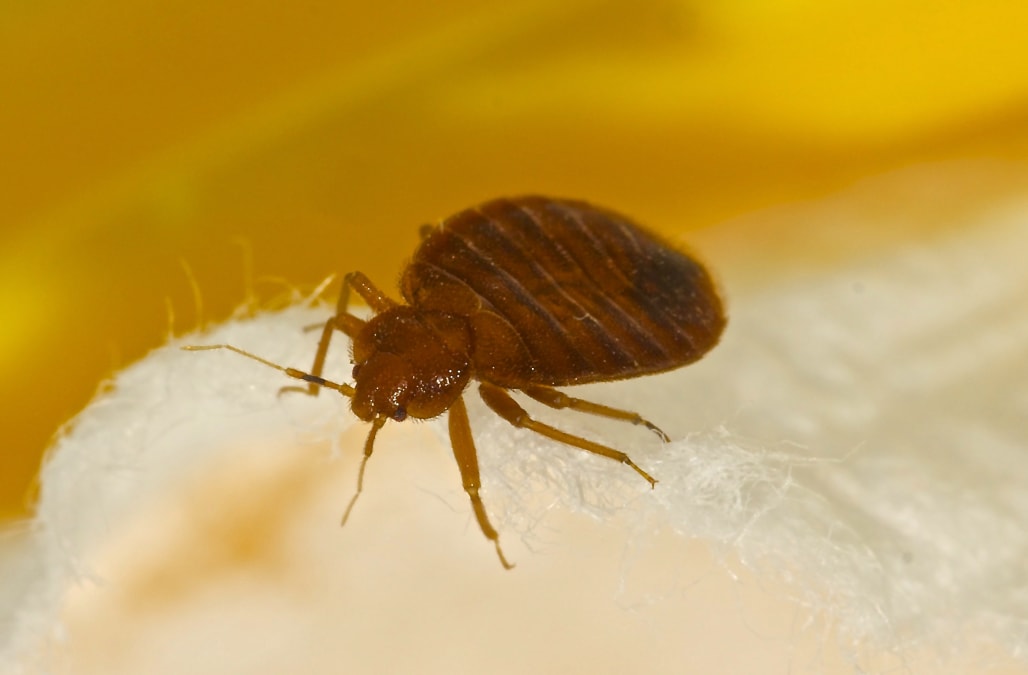 In the pantheon of global superpowers, we rarely stop to consider the humble bed bug. Perhaps it’s because we would rather pretend they don’t exist—or because they so often slip into our lives unseen—but either way, we would do well to recognize Cimex lectularius for the impressive organism it is. Maybe then we'd stand a chance at defeating them.

Bed bugs are upsetting for a multitude of reasons. For one, they are tiny, flightless creatures that live only in crevices and holes, but that have somehow managed to spread across almost the entire planet. For another, well...we’ll get there. Let’s start with the colonization.

No one really knows how bed bugs travel. Much like the Black Death, they seem to crop up everywhere without any obvious signs of direct transmission. But this is not the Middle Ages. We are living in a post-germ theory world. So a group of intrepid entomologists at the University of Sheffield embarked on a quest to discover where these critters are hiding in an effort to stop them from infiltrating your mattress. They published their findings in Scientific Reports this week.

As is the case with most journeys, their quest began with clean clothes and ended with dirty ones. See, these scientists had a theory: it’s not just humans that bed bugs are attracted to, it’s the smell of a human. Bed bugs, along with mosquitoes and ticks and plenty of other blood-sucking creatures, find animals to feed on by detecting the carbon dioxide they exhale. Researchers who study these bugs can actually collect wild specimens by leaving a chunk of dry ice (which is just frozen carbon dioxide) out in the woods for an hour or two. When they return, it’s surrounded by vampiric critters. The gas indicates that some living, breathing thing is around packing a fresh supply of blood.

Keep ants, flies and other unwanted pests away from your outdoor soiree by avoiding or carefully packing these much "bee"-loved picnic foods.

Insects are attracted to sweet tastes and smells, so any cut fruit or ripe fruit will attract them. Overly ripe fruit undergoes mild fermentation, another thing bugs go crazy over.

Burgers, Hot Dogs and other Meats

Some insects, like wasps, have an appetite for meat and will bombard your hamburgers and hot dogs.

Many insects enjoy munching on vegetables, but select items like garlic and onions are known to be natural bug repellants for some species.

Soda, Juice and Other Sugary Beverages

Sweet drinks have the sugar factor that insects seek. A common problem picnic-goers experience is discovering bugs inside their soda cans or bottles. Prevent this unwanted surprise by covering opened cans with plastic wrap or foil and sipping with straws.

Besides the risk of melting or going bad under the sun, sweet candy and desserts like cakes, pies and pudding are big targets for insect invasions.

Your food scraps will attract pests, so keep it away from your picnic location and properly dispose of it afterward.

This is why C. lectularius colonizes beds: it’s not that the bed itself is so great, but a place where people reliable lie down for hours at a time is the bed bug equivalent of a nightly all-you-can-eat buffet. The carbon dioxide carried out with every snore sends them into a feeding frenzy, but it seems they've learned to follow other human smells as well.

Specifically, the Sheffield scientists wanted to see whether dirty laundry, which smells like humans, would attract bed bugs. We're not talking about shamefully pungent old gym clothes, here: The researchers asked volunteers to wear white cotton t-shirts and socks for three hours in the afternoon, then placed the soiled items into plain cotton tote bags. Then they fed precisely 10-bed bugs a diet of fresh human blood (so they were plenty full) and placed them in a container at the center of a controlled room. Four bags, two with dirty laundry and two with clean versions of the same clothes, were spaced at even intervals in a cross pattern around the bugs.

Once the bed bugs had acclimated to their new home, the container was lifted; they had four days to explore the room. In some runs, the room also contained a block of dry ice to simulate a sleeping human. When the group repeated this multiple times and gathered all the data, they found that bed bugs were twice as likely to make their home in dirty laundry as they were clean laundry. They didn’t wander aimlessly around the room or hide in a corner—they actively chose to live inside the clothes that smelled of human, especially when there was no dry ice for them to swarm to.

That means that bed bugs could have been hitching a ride in our laundry this whole time, which would explain how they travel between rooms and buildings without any identifiable way for them to physically get there. This also jives with the recent uptick in bed buggery around the world, even after it seemed they were mostly eliminated in the 1940s. When people began traveling internationally more frequently, they also began spreading bed bugs. As we've fought harder and harder against the pests—allowing them to evolve increasing resistance to the chemicals we use to poison them—we've also given them ever more opportunities to bounce around the globe.

This is especially upsetting given how quickly bed bugs multiply. A fertilized female can lay three or four eggs a day, every day, until she dies. Luckily, she only lives about nine months after being traumatically inseminated—regretfully, that is the actual scientific term—by a male bed bug. Traumatic insemination is, somehow, even worse than it sounds. Female bed bugs actually evolved a reproductive tract, but males don’t do anything so pedestrian as push a penis in there. Oh no. They use their hypodermic penises (again, the real term) to pierce their partner's abdomen, injecting her with sperm. Sometimes they get confused and accidentally inject another male with sperm instead because bed bugs pick their sexual prey based on size.

Hopefully, we can learn to end this horrifying life cycle by eradicating bed bugs (again). Next time you go on a trip, try to find a laundry service to use before you come home. The heat in a standard dryer cycle will kill any lurking bugs or eggs, and your bag will be less human-smelling en route to boot. And if you return home to find yourself covered in little bites and bumps, call a professional. Even industrial strength pesticides can’t take bed bugs out. But maybe—just maybe—we can kill them with the smell of clean clothes. Eventually.

More from Popular Science:
Bad news: Bed bugs like the smell of your dirty laundry
How to fix the most common smartphone problems
Upgrade your macro photography with the world's thinnest smartphone lenses