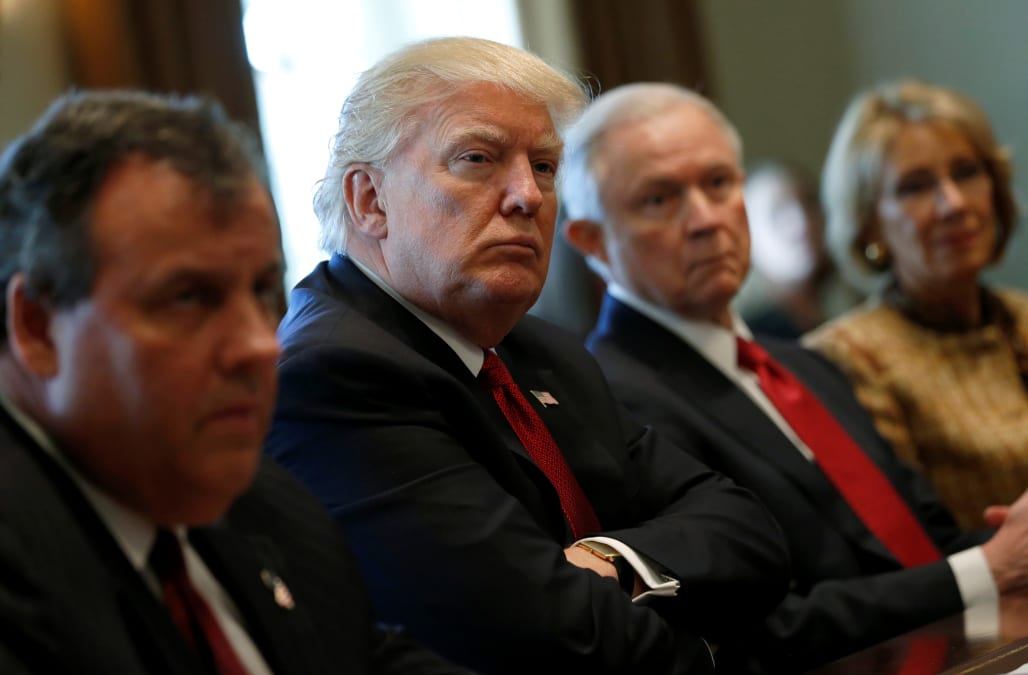 In the Morning Consult/Politico survey, which was conducted over the past week, respondents were asked about their views on specific administration officials.

DeVos had the highest unfavorability rating among them at 40 percent compared with just 28 percent who viewed her as favorable.

While the poll doesn’t list reasons for these numbers, she has faced numerous controversies as education secretary including erroneously referring to historically black colleges and universities as “real pioneers when it comes to school choice” and for her approach to addressing sexual assault on college campuses.

Her nomination to the post was also strongly opposed, in part, due to her lack of experience with the public school system, notes NPR.

Survey participants also had a mostly negative view of Sessions; 38 percent expressed an unfavorable impression compared to 34 percent who considered him to be favorable.

Newsweek attributes some of his low popularity to his announcement calling for the Obama-era immigration program known as the Deferred Action for Childhood Arrivals, or DACA, to be canceled.

Despite DeVos’ and Sessions’ low rankings, Axios points out, “Not a single cabinet member received more than 50% favorability.”

That said, the most popular officials of the group turned out to be defense secretary James Mattis, chief of staff John Kelly, and housing and urban development secretary Ben Carson.