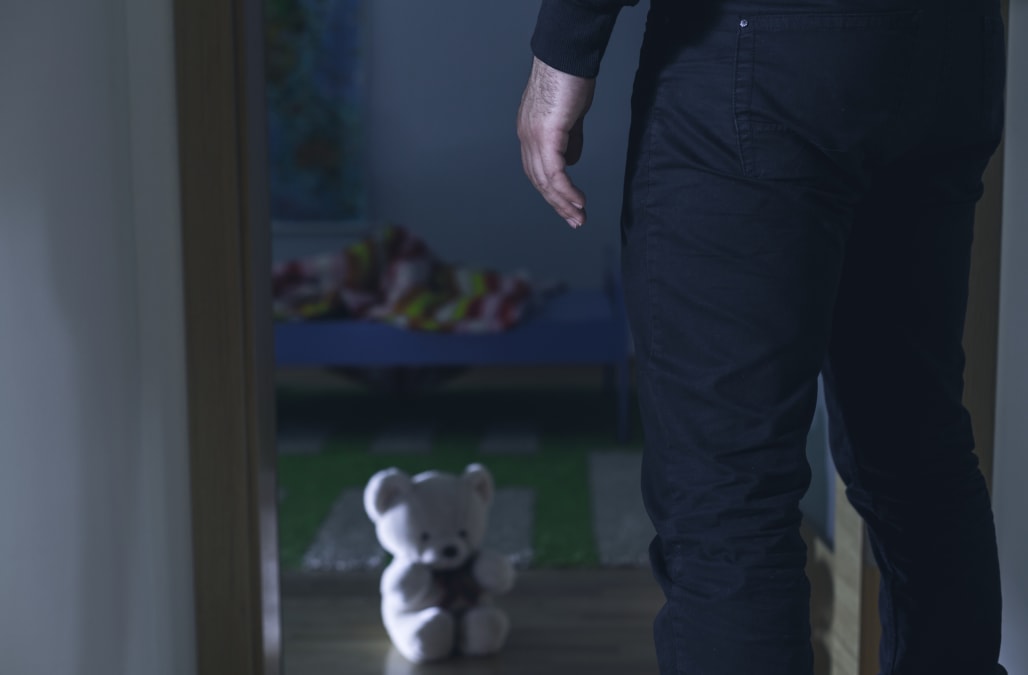 An Airbnb guest was arrested after a Minnesota host found the man naked in bed with his daughter.

The homeowner, who was not identified, called police Sunday night to report that Derrick Aaron Kinchen had allegedly tried to sexually assault his 7-year-old daughter.

According to KARE, a criminal complaint states that Kinchen was renting a room in the family's Minnetonka home for a wedding.

The homeowner said Kinchen, 28, returned to the residence late Sunday night and climbed into bed with the little girl. The child had been asleep in her parents' bedroom.

The host said when he noticed the lights were on in his room he went to investigate and found Kinchen naked next to the girl. The host allegedly told authorities that his daughter's nightgown had been pulled up.

The homeowner said he started yelling and Kinchen grabbed his suit jacket, wallet and ran from the house.

Kinchen was found hiding in a neighbor's fishing boat. He was hospitalized after being bitten by a police K-9.

The little girl was taken to Children's Hospital for an evaluation. According to investigators, she said she woke up when Kinchen entered her parents' bedroom.

The girl said Kinchen allegedly whispered something to her and then got in the bed. The criminal complaint states that Kinchen pulled the child's underwear down but she pulled them back up, KARE reports.

Airbnb spokesman Benjamin Breit told the Daily News that all guest and hosts are screened "globally against regulatory, terrorist, and sanctions watch lists." Guests and hosts in the U.S. are also checked for sex offender registrations, felony convictions and significant misdemeanors.

"The reported abhorrent behavior has no place on Airbnb and we will not tolerate it. We are focused on providing our host family with our full support, we are working with the local police to ensure they have our assistance and we banned this user from our community," he said. "Keeping our community safe is the most important thing we do. None of our hosts should ever have to deal with anything like this."

Kinchen was charged with criminal sexual assault and is being held on $250,000 bail.