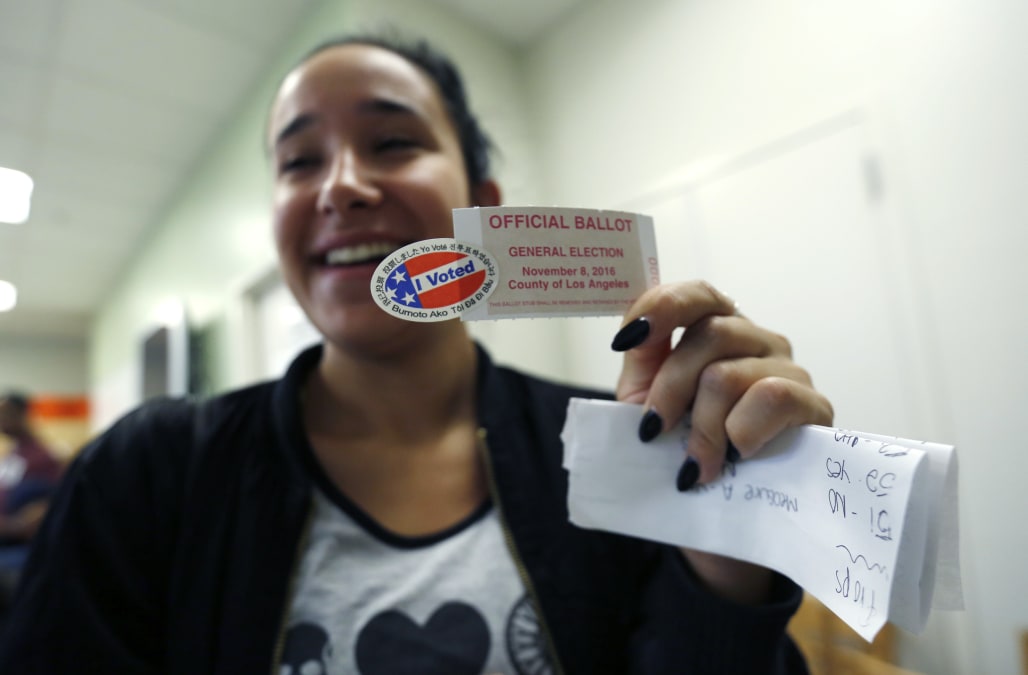 Millennials overwhelmingly disapprove of the way President Donald Trump is handling his job and they don't have a favorable view of the Republican Party. But Democrats shouldn't celebrate just yet, according to results from the first NBC News/GenForward Survey.

A majority of millennials, 64 percent, disapprove of Trump's job performance, while 58 percent said they have an unfavorable view of the Republican Party. 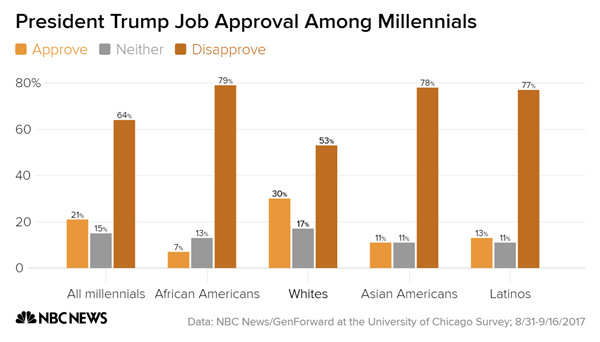 Historically, the party of the president loses seats in midterm elections, and the Democrats have high hopes for 2018. But any significant gains will require that the party's core voting blocs are energized and mobilized to vote.

Millennials are a critical group for Democrats, and although they feel warmer toward the party than they do the GOP, they don’t feel overwhelmingly positive about either party.

Just 43 percent of millennials have a favorable view of the Democratic Party, and only a slight majority (53 percent) said the party cares about people like them.

In other words, millennials aren’t fully convinced that either party best represents their interests.

Race is another important demographic in American politics, and taking a look at racial subgroups among millennials helps understand support for the two parties. 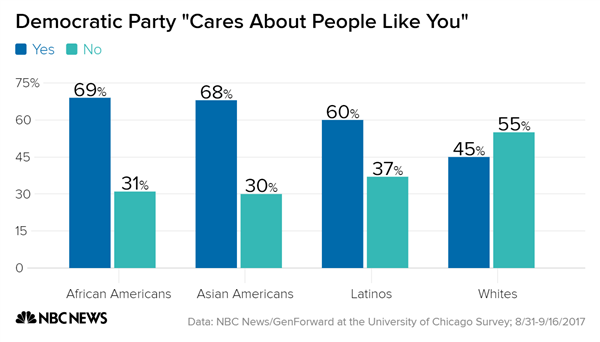 Overall, a third of millennials (33 percent) said that neither party cares about people like them — a significant portion of young adults when considering the growth of the millennial electorate.

Their education level also varies: Thirty-nine percent don’t have college degrees, 38 percent have some college, and 23 percent have a bachelor's degree or higher.