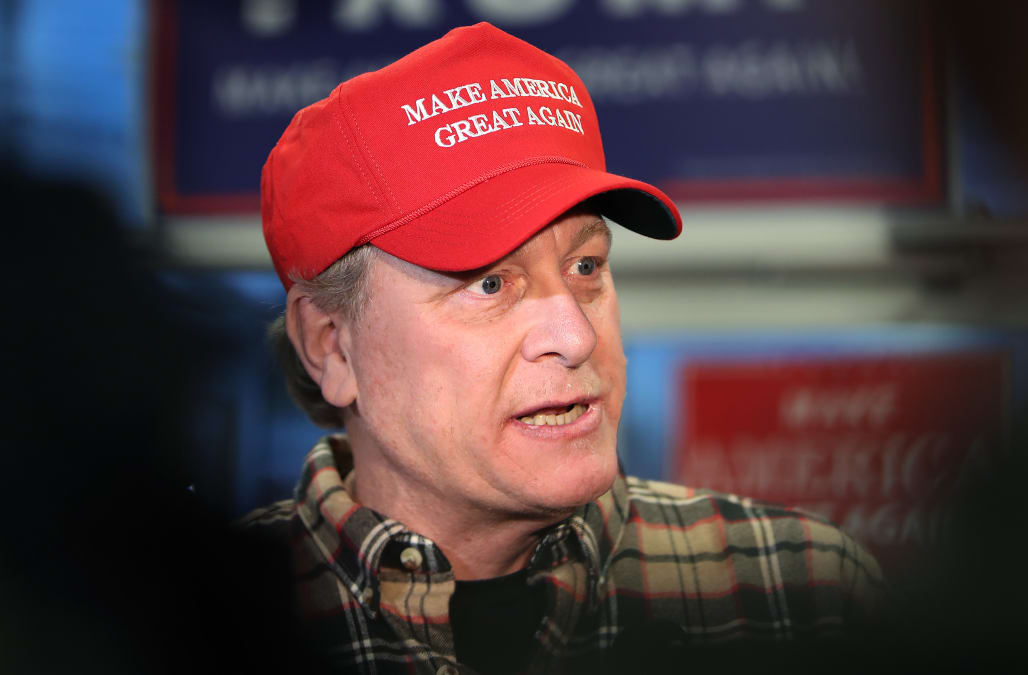 Curt Schilling is back taking shots at his former employer, ESPN.

Schilling was a guest on Fox News discussing the recent controversy in which "SC6" host Jemele Hill called President Donald Trump "a white supremacist" on Twitter. Schilling said he was not surprised by the comments, claiming that "some of the most racist people in sports" are on ESPN.

"Her calling the president a racist, that's no surprise," Schilling said. "Disney and ESPN have stopped giving all pretense of objectivity and they support a very intolerant, exclusive, liberal progressive agenda. I think some of the most racist people in sports are on the station there now and they have a voice."

Here are the comments:

.@gehrig38: "Some of the most racist people in sports are on [@espn]." https://t.co/Uyt2AKHB5mpic.twitter.com/54DPGHkocT

Of course, this is not the first time Schilling has accused ESPN of employing racists. Shortly after he was fired from ESPN for sharing a controversial meme about transgender bathroom use and ignoring repeated warnings from ESPN to stop making inflamatory political comments in social media, he made similar comments.

On September 11, ESPN's Jemele Hill tweeted that President Trump was a "white supremacist," to which ESPN responded that Hill's remarks were "inappropriate."

Social media was quick to sound off on the controversy ...

We are with you @jemelehill ✊🏾
Poor @jemelehill ! If this twit ever opened a book she might learn that white supremacy is the legacy of the party… https://t.co/Kix3KzXRYv
@jemelehill @Millz2BeMade Fire this racist, no talent, non educated POS...shes a joke & works at ESPN for ONE reaso… https://t.co/R8MnM4mMaf
@jemelehill thank you for speaking the truth. Im sorry u are being silenced. But u are 100 percent right about trump
@vlov327 @Kaepernick7 @jemelehill Donald Trump is not, never was, never will be a White Supremacist. Saying that he… https://t.co/R1VrvDcR4L
I hope despite what her employer decided@jemelehill feels the overwhelming love and support for her & her stance was 100% correct.
All the white tears over Jemele Hill this morning 😂 #jemelehill
@jemelehill I dont understand how uneducated people continue to get jobs in the media. Sports or otherwise.
@jemelehill It's crystal clear that anyone who doesn't share your insular, bigoted, racist views, u label them as r… https://t.co/EqvPtjx1j8
@jemelehill Everything you said was the truth 💯it amazes me the studity in ppl. Damn shame
@jemelehill You should be fired. Goes to show bigots come in all shapes and sizes. #BoycottESPN
I like @jemelehill but when will celebrities realize I care about your opinion on sports and nothing else. #StayInYourLane
We are with you @jemelehill #StayWoke✊🏾
So because @realDonaldTrump is "president" he's above criticism? @jemelehill keep talking that that talk. They don't wanna hear the truth
And yet somehow Jemele Hill was being inappropriate? Nah. https://t.co/AGMSZnDr0u https://t.co/2JahScBHwW
Up Next

"Some of the most racist things that I’ve ever heard come out of people that are on the air at ESPN," Schilling said in 2016. "There are some of the biggest racists in sports commentating. And you take it for what it is. You know who they are. You know what they are."

NOW WATCH: Qatar is spending $200 billion on the World Cup — here's a first look at its newest stadium

SEE ALSO: We tried the alcohol diet Tom Brady put Rob Gronkowski on, and it was a lot harder than we imagined