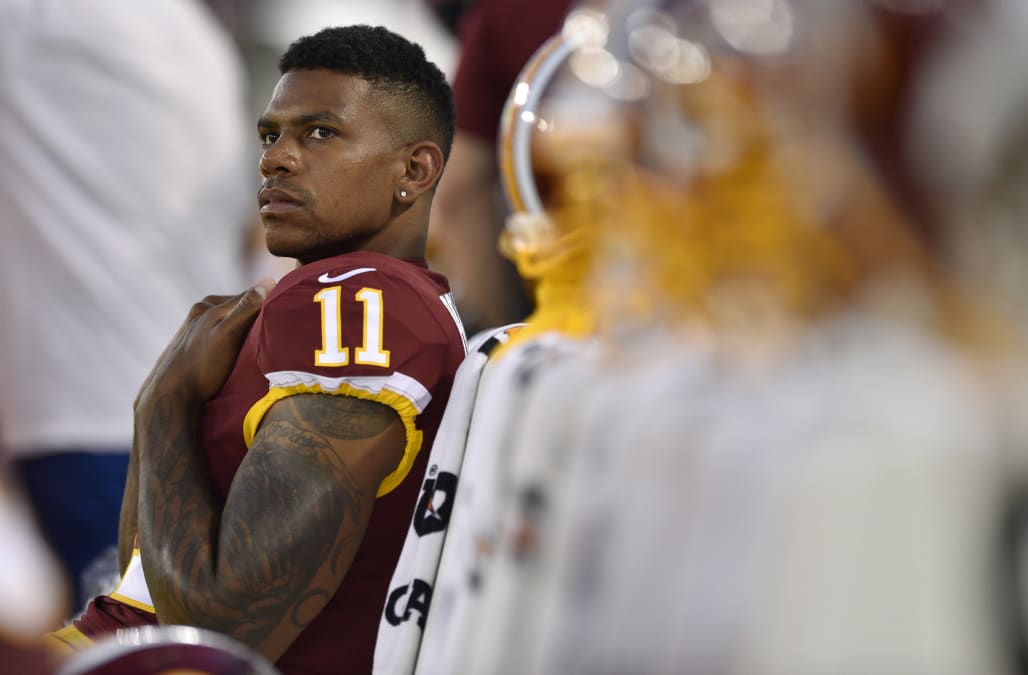 Terrelle Pryor is the latest NFL wide receiver to publicly ask defensive backs to aim a bit higher with their tackles.

After the Redskins played the Rams on Sunday, Pryor took to Twitter and asked safety Cody Davis to try and keep away from his knees in future matchups. Pryor posted his request with a video of a play from Sunday's game in which Davis went low to bring down the receiver. While Pryor conceded that the hit was legal, he emphasized his concern for keeping his knees healthy.

@CodyDavis rule 101 ... not a dirty play...BUT..We all want success try to hit a little higher and not take out knees in future.. thank you pic.twitter.com/srnzHmkafg

The comment from Pryor is just the latest in a growing trend of receivers expressing frustration with getting hit low by defenders, something that may be driven by defenders' fear of being penalized or fined for hits close to the head.

Earlier in the year, Odell Beckham Jr. made similar comments after a low hit from Briean Boddy-Calhoun of the Cleveland Browns left him sidelined to start the season. While Beckham didn't criticize Boddy-Calhoun directly, he did make it clear that he thought rules against high hits weren't exactly helping receivers.

"In my opinion they made rules about safeties hitting high and it being a problem. I know I probably shouldn't say this, but I will — I'd rather the safety hit me up high every single time than go low, but it's part of the game. You risk getting fined, you risk a suspension." Odell Beckham Jr., New York Giants

Additionally, ESPN's Michael Rothstein reported earlier that Lions safety Glover Quin had been asked by Larry Fitzgerald mid-game to keep his hits high, even offering to pay the defender's fines should the league give him any.

The growing criticism comes in the wake of stricter rules and fines for defenders that aim for the head against defenseless receivers. Despite the rule's well-intentioned beginnings — protecting players from head trauma — more and more receivers are bringing up the fact that as a result their legs are now being targeted more, and for quick, wily receivers, repetitive hits to the knees can be a career-ending concern.

Pryor remains healthy and expected to be back in action when the Redskins host the Raiders this week on Sunday Night Football, but his comments and other comments like his should be considered as the league continues its efforts to make the game safer.

SEE ALSO: 2 of the NFL's top receivers say they'd prefer defenders tackle them in a way that should terrify the league