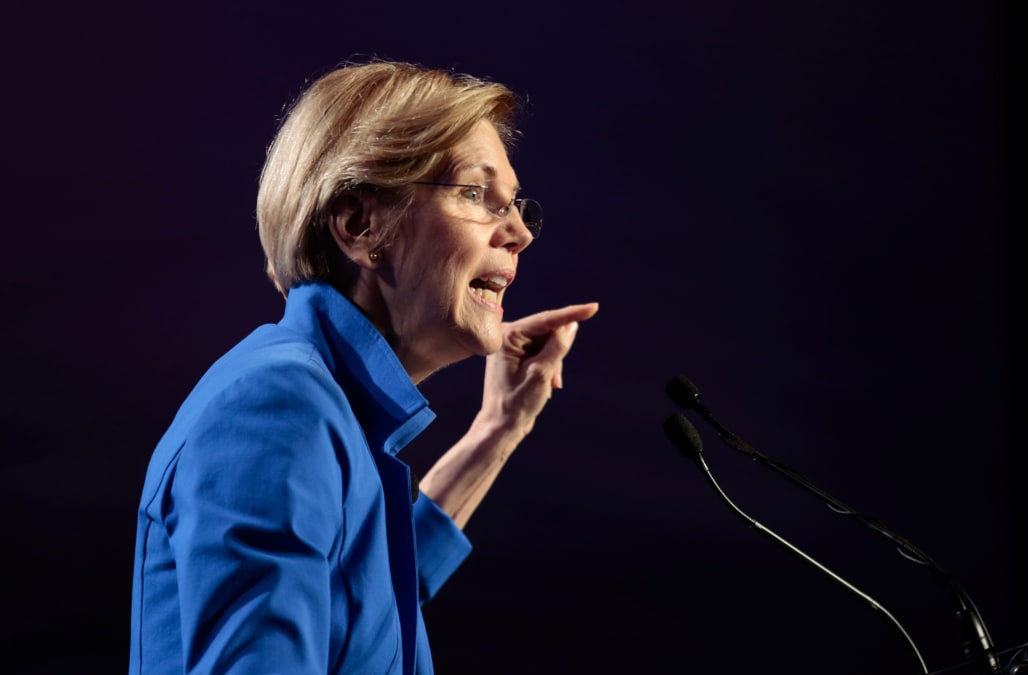 According to a new report, Trump allies have already set in motion plans to tarnish potential 2020 Democratic candidates.

From Democratic Sens. Kirsten Gillibrand and Cory Booker to celebrity names like "The Rock" and Mark Cuban, there has been talk of Trump's team eyeing possible 2020 opponents for months, and the new POLITICO details reveal a super PAC has dedicated funds to tarnishing one candidate in particular.

One super PAC, Massachusetts First, has been running radio ads since June slamming Warren as a "hypocrite professor" for taking a high salary during her Harvard tenure. Hedge fund billionaire Robert Mercer -- whose political operation is tied to that of Trump -- gave a reported $150,000 since the ads have been running.

"It hasn’t been difficult so far, as Democrats angling for 2020 are tripping over themselves to see who can spout the most extreme far-left positions and who can be the biggest obstructionist," RNC research director Mike Reed told POLITICO of the in-motion plans to go after Democrats.

Sen. Sherrod Brown (D-OH) is also being targeted by operatives looking to potential unseat him in the 2018 midterm elections before he even has the chance to posture a bid in 2020.

President Trump himself looked ahead to re-election in 2020 during NRA forum remarks in April, pondering who his Democratic opponent might be.

The commander in chief focused his rhetoric on a future re-election bid come 2020 -- warning his conservative base that the Democratic candidate he runs against might be Warren.

"It may be Pocahontas," Trump said at the time. "And she is not big for the NRA."