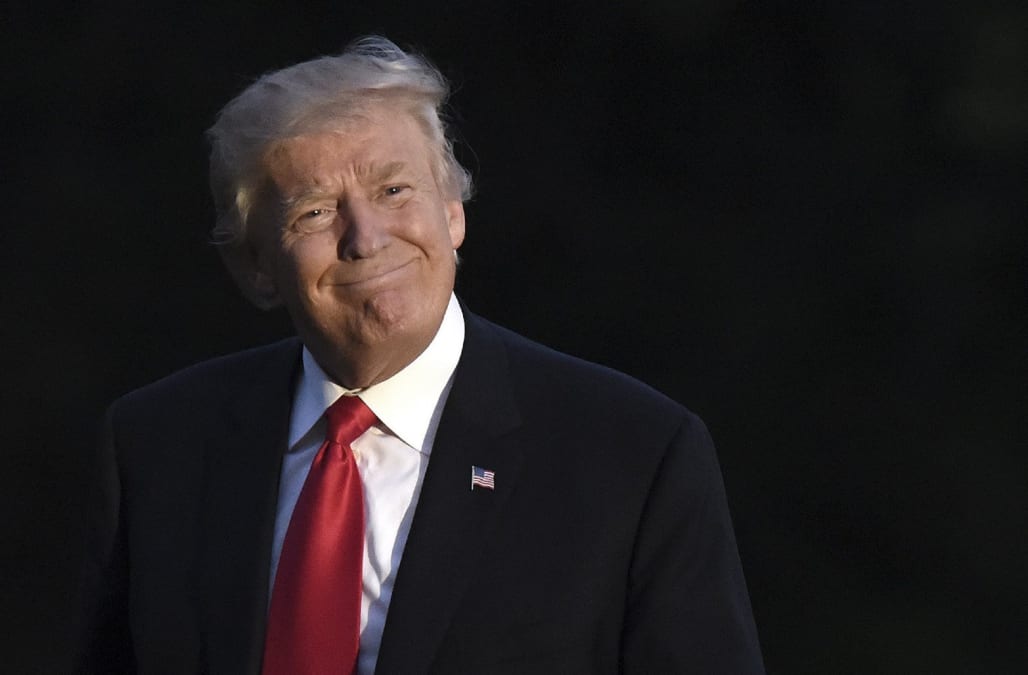 “Long gas lines forming in North Korea. Too bad!” the president wrote, while also describing a conversation with South Korean President Moon Jae-in in which Trump said he “asked him how Rocket Man is doing.”

That’s an apparent reference to Kim, who has been escalating its nuclear ambitions with a series of missile launches and bomb tests that have led to condemnations from neighbors as well as the UN security council — which has stepped up sanctions in recent weeks.

I spoke with President Moon of South Korea last night. Asked him how Rocket Man is doing. Long gas lines forming in North Korea. Too bad!

On Saturday, Kim told North Korea’s state news agency, KCNA, “Our final goal is to establish the equilibrium of real force with the U.S. and make the U.S. rulers dare not talk about military option.”

Under assuming power in North Korea in 2011 from his father, Kim Jong-Il, the younger Kim has launched dozens of missiles to step up a weapons program that seeks the ability to target the U.S. — including its Pacific-based territory Guam — with a nuclear-armed missile.

Following the latest missile launch on Friday, White House National Security Adviser H.R. McMaster said the U.S. was losing patience with the rogue regime that has defied international pressure to back down from its nuclear program.

“We’ve been kicking the can down the road, and we’re out of road,” McMaster said.