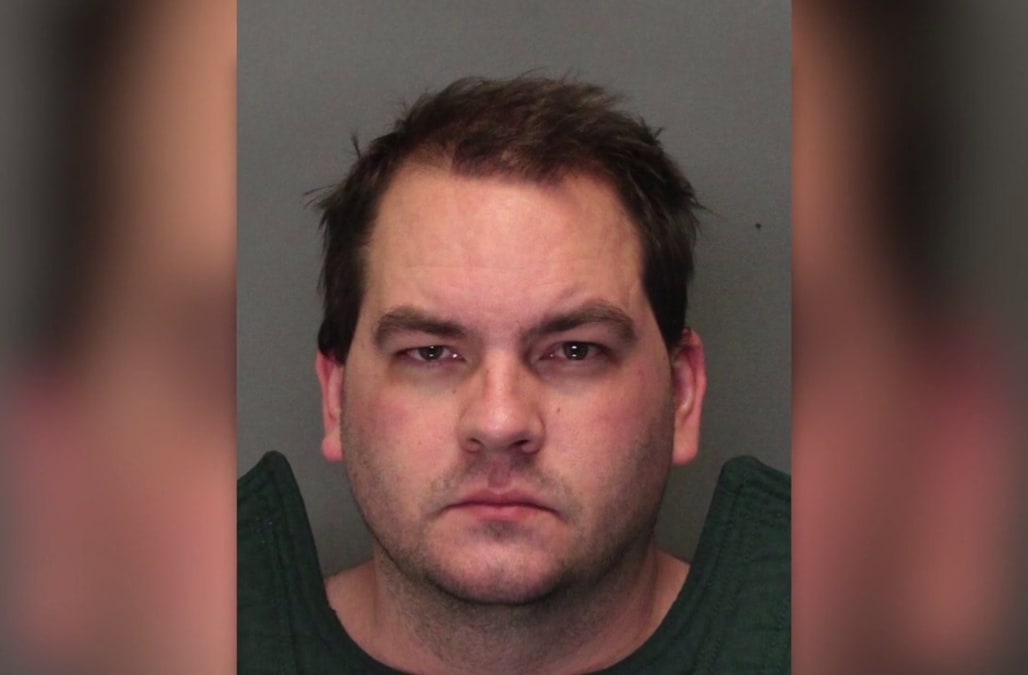 West Sacramento police received a domestic violence call just after 9:20 p.m. at the Timber Apartments off Jefferson Boulevard, according to Sgt. Roger Kinney.

When police arrived on scene the suspect had already fled.

Around midnight, CHP noticed the suspect's vehicle on westbound I-80 near El Camino. Robert Hodges, 33, was arrested for murder and taken into custody without incident.

A woman described as the wife of the suspect and mother of the three children was also at the scene.

Authorities also say Hodges is the father of the children.

Police on the scene described the woman as a domestic violence victim but did not explain the extent of her injuries.

KTXL spoke with several neighbors who witnessed the incident.

One neighbor, who does not want to be identified, says she was sitting on her apartment stairs when she saw the mother run out in distress. The mother had been choked and Hodges was not far behind her.

The neighbor called 911 and tried to help the mother.

She says she went into the home to check on the children and found all three of them dead. The woman believes the children were suffocated.

"[Hodges seemed] very very disconnected and absent and very content. Just emotionless," said the neighbor. "That was the work of a monster that's not someone that's here with us on earth."

"We don't understand what happened, we really don't," she told the Associated Press. "Everything appeared to be OK" between the two. Police haven't released the ages of the victims, but West Sacramento resident Irene Aiello said the two older children were 11 and 9, and a third child was born in January. She said the couple had been married for at least 12 years.

Other neighbors described the children as "happy-go-lucky" and said it didn't seem like there was much out of the ordinary.

“All of West Sacramento stands together in profound heartbreak, shocked by the vile domestic murder of three children in our community. In a small town, each of us, whether parents, neighbors, mentors, and just plain citizens, know that protecting our children is our most sacred duty, and the betrayal of that duty in the home is unfathomable and unconscionable.  Our thoughts go out to the families, friends and classmates of the young victims. Together, we grieve this loss.

West Sacramento is not used to this type of tragedy. Our police and fire personnel responded quickly at the scene and attempted lifesaving efforts immediately.  They are devastated they could not do more, but we are proud of the way they handled a challenging set of circumstances with professionalism and sensitivity.

As chance would have it, I am in the Holy Land this week and was visiting the birthplace of Jesus Christ in Bethlehem as these events unfolded. I know and hope that West Sacramentans of all faiths and beliefs will find support, meaning, and strength as we all deal with the pain and shock of these murders.  Let us also support one another. Say thank you to a firefighter or a police officer, embrace your child more closely, and, with a hug or a smile or an understanding glance, love your neighbors around town.”

The community is invited to attend a vigil for the victims at 7pm tonight (9/14/17) at Southport Elementary School, 2747 Linden Road, West Sacramento.

Please check back for updates on this developing story.