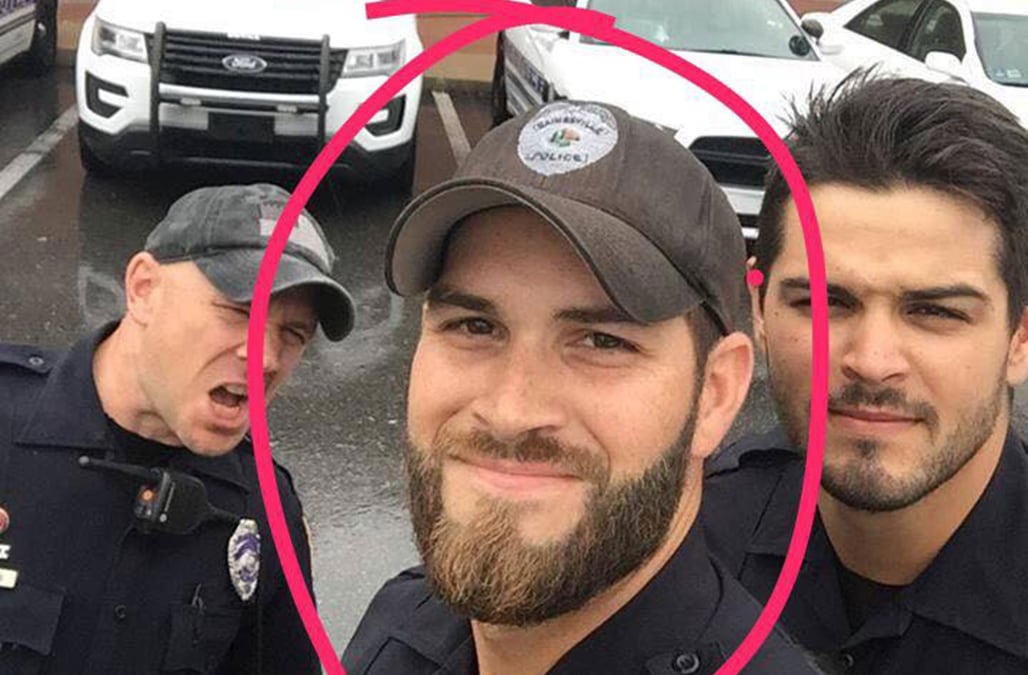 On Sept. 10, the Gainesville Police Department posted a photo of officers Michael Hamill, John Nordman and Dan Rengering getting ready to work during Hurricane Irma.

"The hunkapotumus is a rare, elusive, and mythical creature," Jaime Lee Daniels wrote in the comments. "Here we are lucky to see 3 huddled in the wake of Hurricane Irma. I'm a well trained hunkapotumus handler. Send them my way and they will be well taken care of."

Kelly Susan added, "Heading to FL. Need assistance ... of some kind ... I'll think of something."

RELATED: These 'hot cops' are steaming up the internet after Irma

Now, Officer Michael Hamill is under investigation by the department after two screenshots show him allegedly making anti-Semitic statements on his personal Facebook page, The Gainesville Sun reports.

One post from 2013 read, “What’s the difference between boy scouts and jews?” Anybody know? Well it is because “Boy scouts come back from their camps.”

Another post from 2011 reads, "Stupid people annoy me. put them in an oven and deal with them the hitler way. haha."

More from AOL.com:
'Hot cop' accused of anti-Semitic remarks: 'Put them in an oven and deal with them the Hitler way'
Protesters pour into St. Louis streets after murder acquittal for ex-cop
Bodega backlash shows how fed up people are with Silicon Valley's hype machine