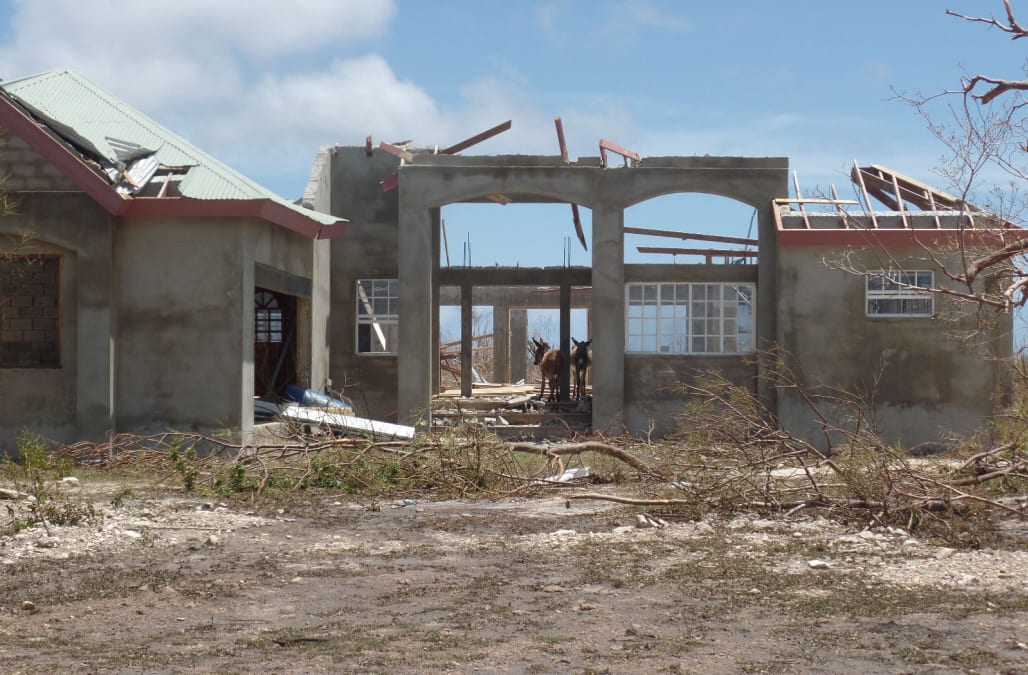 Ambassador Ronald Sanders, the island nation of Antigua and Barbuda's ambassador to the United States, delivered a chilling report on the status of his country in the wake of Hurricane Irma.

"The damage is complete," Sanders told PRI's The Takeaway. "For the first time in 300 years, there’s not a single living person on the island of Barbuda — a civilization that has existed on that island for over 300 years has now been extinguished."

Hurricane Irma hit Barbuda on September 6 as a category 5 tropical cyclone. The 400 mile-across storm entirely swallowed the 62 square mile island and laid waste to 95 percent of the island's structures.

“This was a huge monster,” Sanders added. “The island and the people on the island had absolutely no chance.”

Residents evacuated to neighboring Antigua where they are being housed in shelters. The only living creatures on the island are now pets and livestock. The organization World Animal Protection is attempting to feed and rescue the animals.

Our team has been driving around Barbuda giving abandoned, needy animals food and water. We took Ivory the dog, Irma the kitten, and Tiger the cat to Antigua and Barbuda Humane Society, where they’ll be safe and able to recover. Some evacuated pet owners gave a list of names of the animals they wanted us to find. Ivory the dog was one of the animals we found, so he’ll soon be reunited with his family. Others will eventually be rehomed. #HurricaneIrma

Sanders told PRI he estimates that reconstruction could cost $300 million, and will take time. That's because rebuilding Barbuda won't be a simple matter of replacing what was once there. Instead, Barbuda must be reconstituted for a world in which another Irma might be possible.

The ambassador called upon the international community to provide aid, because Barbuda simply does not have the resources to rebuild. The GDP of Barbuda is $1.4 billion, compared to the United States' $18.57 trillion

“We have declared a state of emergency in Barbuda because it is a complete disaster and uninhabitable,” he says. “We cannot cope with our own resources alone.”

Before and After Images of Hurricane Irma's Destruction in Barbuda and the Virgin Islands. https://t.co/diSogP3ZRw#StormHourpic.twitter.com/NU9dJVxubi

He also explicitly linked the need for assistance to climate change. By raising sea levels and increasing ocean and air temperatures, global warming can increase the damage wrought by hurricanes. Irma, for example, was the most powerful storm on record to strike the northern Leeward Islands, and the most powerful ever observed in the Atlantic outside of the Caribbean and Gulf of Mexico.

Because developed nations disproportionately contribute to global warming through their emissions of greenhouse gases, Sanders indicated that aid is an economic imperative.

“We believe climate change is here to stay — it’s a reality, despite all of the naysayers,” he says.

“We know that these things have occurred as a result of the profligacy of the countries that are rich and have abused the system. We, unfortunately, who contribute less than naught point naught percent of pollution of the world’s atmosphere, are the world’s greatest victims.”

If you want to help Barbuda rebuild, check out how to assist with Hurricane Irma recovery here.