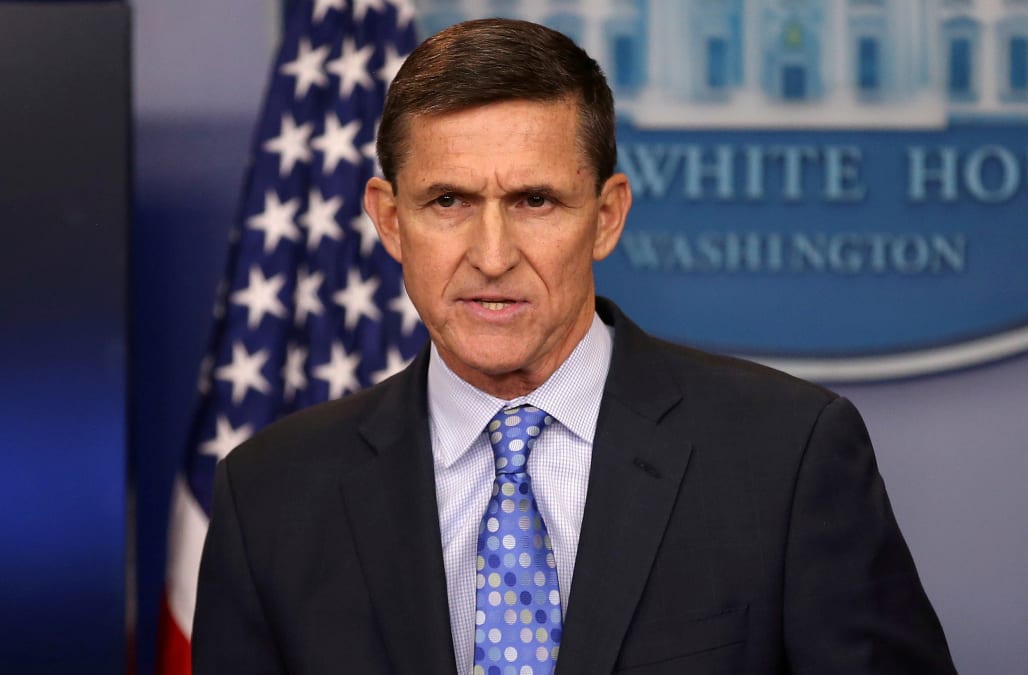 Representatives Elijah Cummings and Eliot Engel made the disclosure in a letter they sent on Tuesday to Flynn's lawyer and executives of firms that developed the reactor scheme and for which Flynn's now-defunct consulting company worked.

"The American people deserve to know whether General Flynn was secretly promoting the private interests of these businesses while he was a (Trump) campaign adviser, transition official, or President Trump's national security adviser," the two said in the letter made public on Wednesday.

RELATED: A look at Michael Flynn

They asked Flynn's lawyer and executives of companies involved in the project to provide "all communications" they had with Flynn or other administration officials during the 2016 campaign, the post-election transition or Flynn's tenure as national security adviser.

The project proposes to construct 40 nuclear reactors across the Middle East that would feed a regional electric grid. The reactors would be "proliferation proof," meaning they could not be used to produce fuel for nuclear weapons.

Flynn is a central figure in a federal probe led by Special Counsel Robert Mueller, a former FBI director, into whether Trump aides colluded in an alleged Russian effort to boost Trump's presidential campaign. Russia has denied interfering in the U.S. election and Trump has said there was no collusion.

Trump, who took office on Jan. 20, fired Flynn on Feb. 13, 18 days after a top Justice Department official warned that the former Defense Intelligence Agency director could be blackmailed because Moscow knew he made misleading statements about his contacts with Russian officials.

Cummings and Engel sent their letter as part of an inquiry into the renewal of Flynn's 2016 Top Secret security clearance.

They said Flynn failed to disclose a June 2015 trip he made to Egypt and Israel to promote the reactor project to investigators reviewing his renewal application and that he also did not list the foreigners with whom he met.

RELATED: Members past and present of Trump's inner circle

The lawmakers wrote that replies from the executives and Kelner to a June letter confirmed that Flynn made the trip.

"Based on your responses, it appears that General Flynn violated federal law," they wrote.

"Since these violations carry criminal penalties of up to five years in prison, we are providing your responses to Special Counsel Robert Mueller," they wrote to Kelner, Alex G. Copson of X-Co Dynamics/ACU Strategic Partners, and retired Rear Admiral Michael Hewitt of X-Co Dynamics/Ironbridge Group/IP3. All are private companies.

"Second, your responses raise significant questions about whether General Flynn continued to communicate with you and others about this project after the presidential election, after Donald Trump was sworn in as president, and after General Flynn assumed the post of national security adviser - without disclosing his foreign travel or contacts," the lawmakers added.

Donald Gross, counsel for ACU Strategic Partners, said the company has cooperated with the oversight committee in providing information about the project being developed along with Hewitt's IP3, and "General Flynn's limited involvement in June 2015."

Hewitt did not respond to a LinkedIn message seeking comment.

The proposed reactor project would be funded by Saudi Arabia and other Gulf Arab states and built and run by a consortium of U.S., Russian, French, Dutch, Arab, British, Ukrainian and Israeli firms. A promotional slide promoting the project said security would be provided by Rosoboron, a Russian state-owned arms exporter that is under U.S. sanctions. (Additional reporting by Warren Strobel in Washington and Nathan Layne in New York; Editing by John Walcott and Peter Cooney)