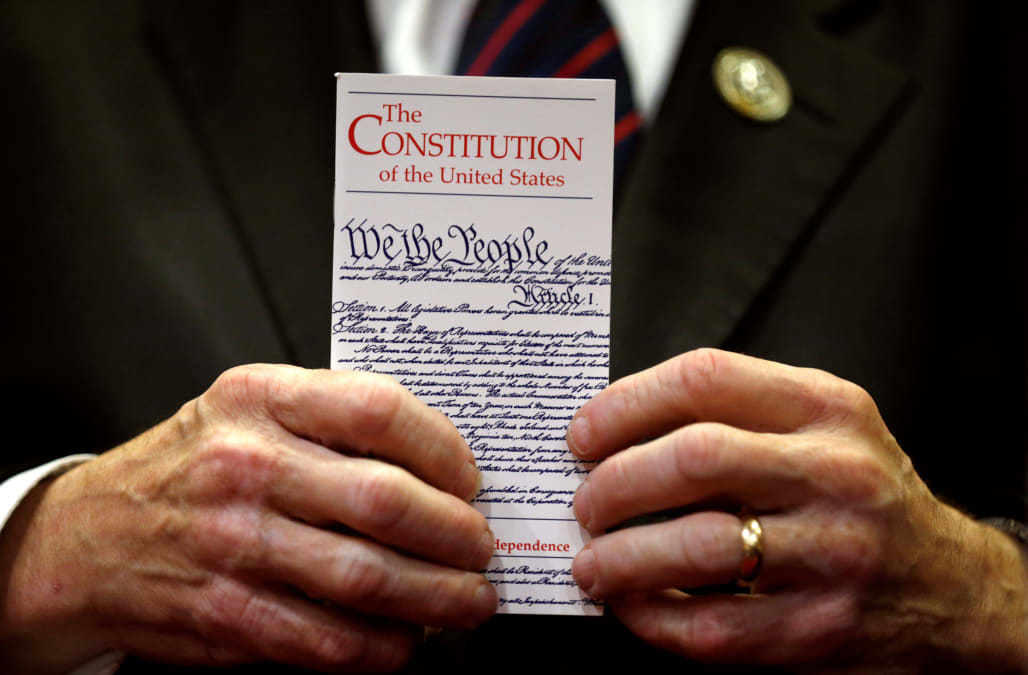 In putting together the U.S. Constitution, the Founding Fathers opted to get the list started with a mention of five rights they deemed essential to a democracy.

Those liberties, often simply referred to as the First Amendment, still hold, but it appears a great number of Americans aren’t sure of what they are.

In early August, Annenberg Public Policy Center (APPC) at the University of Pennsylvania asked roughly 1,000 adults in the U.S. the open-ended question, “What are the specific rights guaranteed by the First Amendment?”

RELATED: A look back at the Founding Fathers

(Photo by: PHAS/UIG via Getty Images)

It reports, "Nearly half of those surveyed (48 percent) say that freedom of speech is a right guaranteed by the First Amendment. But, unprompted, 37 percent could not name any First Amendment rights."

When asked to weigh in on the accuracy of the statement that people living illegally in the U.S. do not have constitutional rights, 53 percent of respondents incorrectly identified it as being true.

"Protecting the rights guaranteed by the Constitution presupposes that we know what they are. The fact that many don’t is worrisome," Kathleen Hall Jamieson, the center’s director, commented. "These results emphasize the need for high-quality civics education in the schools and for press reporting that underscores the existence of constitutional protections."

More from Our Partners:
Senate panel defies Trump, approves funding for UN climate body
Florida sheriff says that if you have an outstanding warrant and show up at a Hurricane Irma shelter, 'we'll gladly escort you to the safe and secure shelter called the Polk County Jail'
Kentucky trial could make state first in US with no abortion clinic