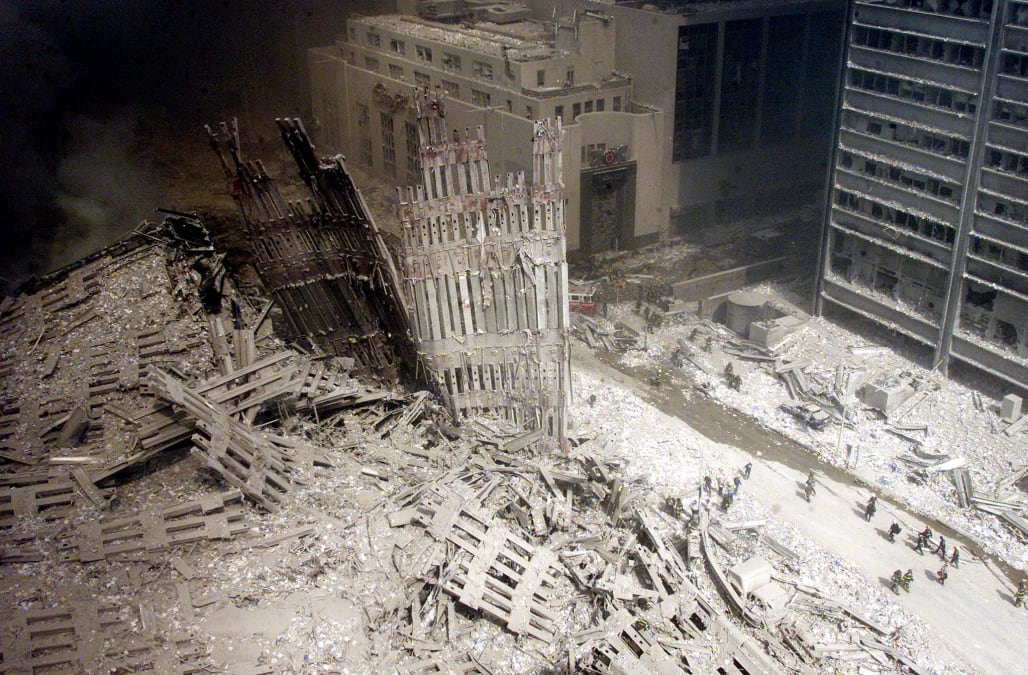 Sixteen years have passed since the attacks of September 11, 2001 killed nearly 3,000 people and forever altered the world as we knew it.

From the instant President George W. Bush was informed of the attacks to the raising of the American flag by firefighters among ground zero's wreckage, photographers were there to document what had in an instant become one of the most important days in history.

Several of the day's most memorable images include people who have since passed, like Marcy Borders -- the "Dust Lady" -- who battled stomach cancer in the aftermath of the attacks, and FDNY Chaplain Father Mychal Judge who was killed as the south tower fell.

In the gallery below, click through to see 16 of the most iconic photos from the September 11 attacks, 16 years on.

17 PHOTOS
16 most iconic images from September 11, 2001 and aftermath
See Gallery

16 most iconic images from September 11, 2001 and aftermath
Content in this photo gallery may be difficult for some to see -- viewer discretion is advised.

The remaining tower of New York's World Trade Center, Tower 2, dissolves in a cloud of dust and debris about a half hour after the first twin tower collapsed September 11, 2001. Each of the towers were hit by hijacked airliners in one of numerous acts of terrorism directed at the United States September 11, 2001. The pictures were made from across the Hudson River in Jersey City, New Jersey. REUTERS/Ray Stubblebine RFS
A group of firefighters walk amid rubble near the base of the destroyed South World Trade Center in New York on September 11, 2001. In the worst terror attack on the U.S. mainland in modern history, two hijacked planes slammed into the twin towers of the World Trade Center in New York - where about 40,000 people work - and a third plane hit the Pentagon, across the Potomac river from Washington. REUTERS/Peter Morgan JC/jp