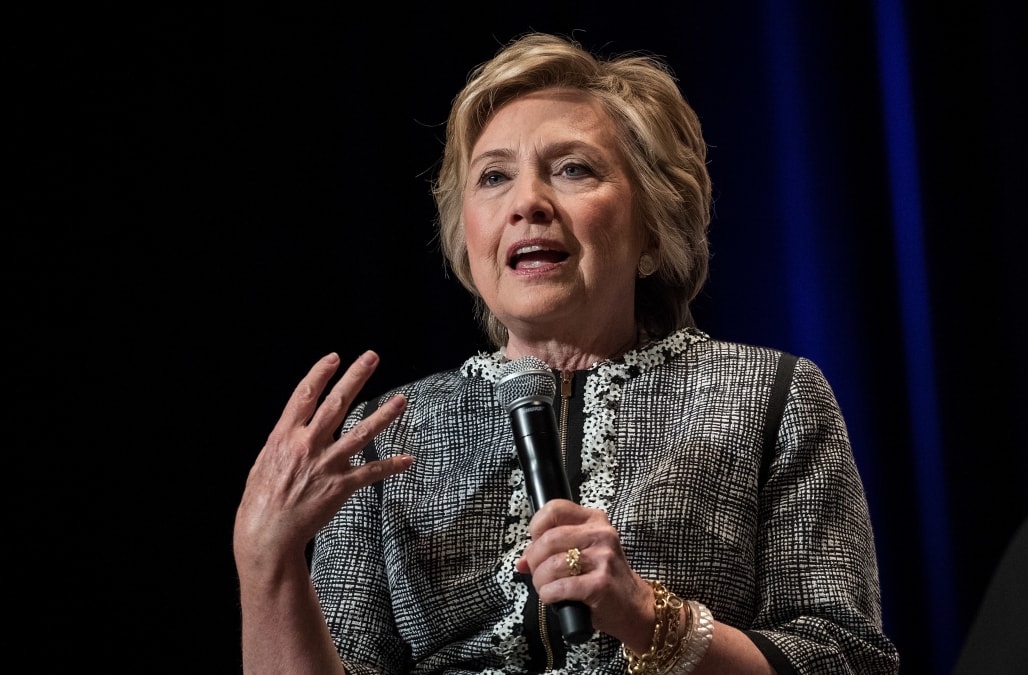 Hillary Clinton has revealed that she had not prepared a concession speech the night she lost the 2016 election.

During a broadcast of “CBS Sunday Morning,” host Jane Pauley pointed out that the country had still not heard from the defeated presidential candidate by the morning after the election, and Clinton admitted, “I had not drafted a concession speech. I had been working on a victory speech.”

Before-and-after images show extent of Hurricane Harvey damage
Downtown Houston skyline at sunset / dusk with a blue and orange sky, orange reflection on buildings from the sunset, and a freeway / highway with light trails.
Interstate highway 45 is submerged from the effects of Hurricane Harvey seen during widespread flooding in Houston, Texas, U.S. August 27, 2017. REUTERS/Richard Carson
View of the downtown area of Houston from a Buffalo Bayou park.
The downtown skyline is reflected in the flood water at Buffalo Bayou Park after Hurricane Harvey inundated the Texas Gulf coast with rain causing widespread flooding, in Houston, Texas, U.S. August 27, 2017. REUTERS/Nick Oxford
This is insane. #houstonflood https://t.co/oddenJiGnE
Top overall view of the huge and busy traffic junction of the Katy and Gulf Highway in Houston, Texas.
A charred, abandoned car is seen on Interstate 610 North August 27, 2017 in Houston as the city battles with tropical storm Harvey and resulting floods. / AFP PHOTO / Thomas B. Shea (Photo credit should read THOMAS B. SHEA/AFP/Getty Images)
Up Next

According to Politico, she also writes in her new book “What Happened” that her call conceding the election to her opponent Donald Trump was “without a doubt one of the strangest moments of my life.”

“I congratulated Trump and offered to do anything I could to make sure the transition was smooth," Clinton says about the call. "It was all perfectly nice and weirdly ordinary, like calling a neighbor to say you can’t make it to his barbecue. It was mercifully brief…I was numb. It was all so shocking.”

Clinton told Pauley that she had also called then-President Obama, saying, “I felt like I had let everybody down.”

Despite taking much of the blame for her loss, CNN notes she attributes some of her campaign’s problems on sexism, writing in her book, “What makes me such a lightning rod for fury? I’m really asking. I’m at a loss. I think it’s partly because I’m a woman.”

More from AOL.com:
Hillary Clinton says her concession call to Trump was 'like calling a neighbor to say you can't make it to his barbecue'
What Kellyanne Conway told her daughters about Hillary Clinton
Hillary Clinton promoted a news website 'for the 65.8 million' — here's what its founder says it's all about