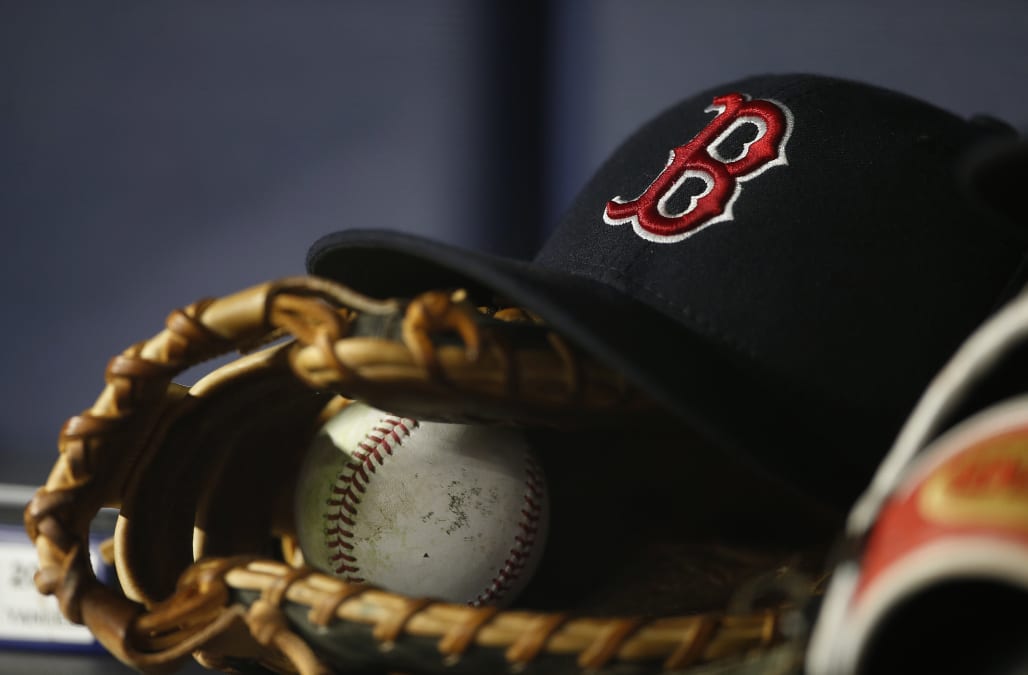 Two days after being accused of using an Apple Watch to steal the New York Yankees signs, the Boston Red Sox are hitting back and accusing the Yankees of stealing signs by using a TV camera.

The New York Times reported on Tuesday that the Yankees had filed a complaint with the commissioner's office that they had proof the Red Sox were using an Apple Watch to relay signals to players.

The commissioner's office corroborated the Yankees' findings and the Red Sox admitted to the operation.

However, the saga did not stop there. According to ESPN's Buster Olney, the Red Sox presented to the commissioner's office with what they believe is evidence that the Yankees used a YES Network camera pointed at the dugout to steal signs.

"That particular camera shot was one of those that the Red Sox received in their video room feed, and according to a source, they were so concerned about it — and about whether it was being used to steal signs from DiSarcina — that they had their bench coach alter his position in the dugout." Buster Olney, ESPN

The Times had also mentioned Boston's beliefs that the Yankees were stealing signs.

Olney reports that the Red Sox have been aware of the camera angle before, but this was the first time they have been able to capture images that they then forwarded to the commissioner's office. Commissioner Rob Manfred is looking into the matter, according to Olney.

It's legal to steal signs in baseball, but not with the help of technology. The Times reported that some teams hoped the league office would fine the Red Sox or dock them draft picks, with some even hoping they would take away some wins, though that seems unlikely.

Key moments in the Red Sox-Yankees rivalry
BOSTON - JULY 24: Alex Rodriguez of the Yankees and Red Sox catcher Jason Varitek trade blows in the 3rd inning that precipitated a bench clearing brawl between the two teams. Both players were ejected from the game. (Photo by Barry Chin/The Boston Globe via Getty Images)
Babe Ruth wearing the uniform of the Boston Red Sox, the team he played with from 1915 until he joined the Yankees in 1920. (Photo via Getty Images)
NEW YORK CITY - OCTOBER 19: Alex Rodriguez of the New York Yankees heads into first base as Boston Red Sox pitcher Bronson Arroyo tries to tag him, during the eighth inning of the American League Championship Series at Yankee Stadium. Umpires ruled that Rodriguez was out because he batted the ball away from Arroyo. Doug Mienkiewicz of the Sox is at right. (Photo by Barry Chin/The Boston Globe via Getty Images)
BOSTON - OCTOBER 16: As the fans go wild, Aaron Boone heads for home as Tim Wakefield heads for the off season in the background. (Photo by Jim Davis/The Boston Globe via Getty Images)
UNITED STATES - OCTOBER 11: Boston Red Sox' pitcher Pedro Martinez (left) throws 72-year-old New York Yankees' bench coach Don Zimmer to the ground in a fourth-inning fracas at Fenway Park during Game 3 of the American League Championship Series. Martinez had hit the Yankees' Karim Garcia with a pitch at the top of the inning; when Yanks' pitcher Roger Clemens then nearly grazed the Sox' Manny Ramirez, a bench-clearing brawl ensued. Zimmer, who lunged at Martinez during the dustup, was taken to the hospital for observation, then released. The Yanks won, 4-3. (Photo by Linda Cataffo/NY Daily News Archive via Getty Images)
(Original Caption) Boston: Boxing Or Wrestling? Yankee's Gene Michael (L) and Bosox catcher Carlton Fisk (top), battle on the mound as Yanks' Thurman Munson, (LL), is held down by (L to R), Boston's Doug Griffin, Carl Yastrzemski, and John Curtis during 9th inning melee at Fenway Park. Munson and Fisk were both thrown out of the game which Boston won 3-2.
UNITED STATES - OCTOBER 21: It's bedlam - but a happy kind - as Boston Red Sox players explode with joy after their 10-3 victory over the New York Yankees in Game 7 of the American League Championship Series at Yankee Stadium. In an astounding comeback, the Bosox became the first team in baseball history to win a best-of-seven series after losing the first three games. Now, they go on to the World Series. (Photo by Corey Sipkin/NY Daily News Archive via Getty Images)
Apr 11, 2018; Boston, MA, USA; New York Yankees first baseman Tyler Austin (26) starts a scrum with Boston Red Sox relief pitcher Joe Kelly (56) during the seventh inning at Fenway Park. Mandatory Credit: Winslow Townson-USA TODAY Sports
Up Next

With both teams battling in the AL East and playoffs just around the corner, these new cheating allegations only figure to heat things up.