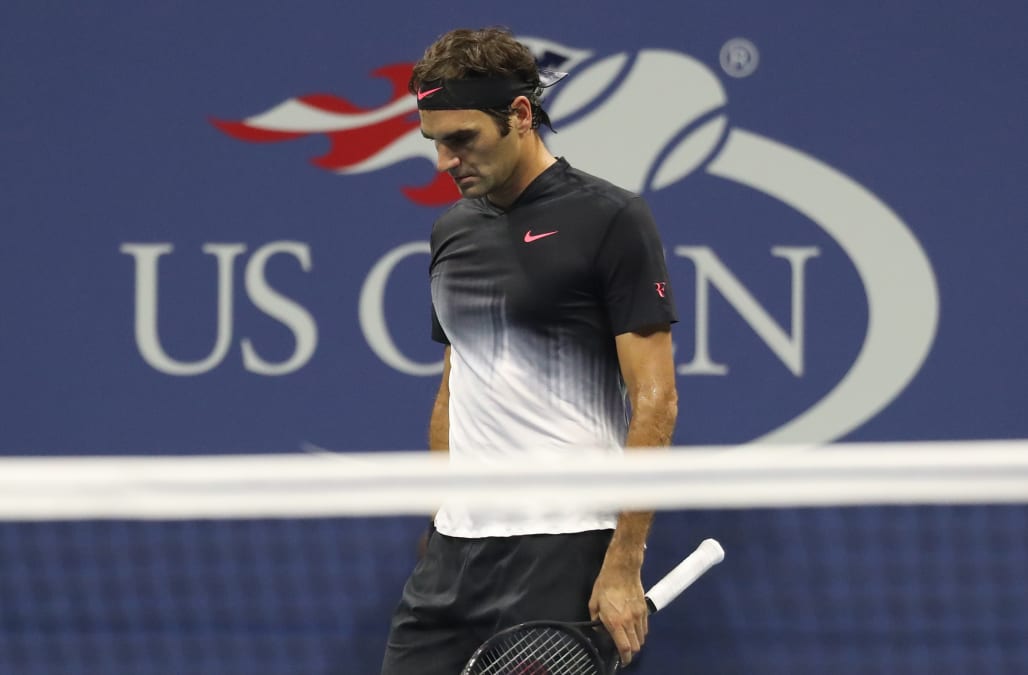 NEW YORK, Sept 7 (Reuters) - Some things just are not meant to happen.

From the moment the draw was made for the U.S. Open, all the talk was about the potential for the first clash between Roger Federer and Rafa Nadal at Flushing Meadows.

It is a statistical anomaly that finally looked like ending after Nadal crushed Russian teenager Andrey Rublev to reach the last four.

But yet again, hopes of a New York clash between two of the greatest players of all time were dashed, this time by the giant hands of Juan Martin del Potro as he claimed a 7-5 3-6 7-6(8) 6-4 victory that few saw coming.

"I didn't even think about it, as I lost that match, that it's not going to happen," Federer said.

"Of course it is a pity but, you know, Juan Martin deserves it more. I feel I have no place in the semis and he will have a better chance to beat Rafa, to be honest.

"The way I played or playing right now, it's not good enough in my opinion to win this tournament. It's better I'm out and somebody else gets a chance to do better than me."

Such was the anticipation of fans looking forward to the potential clash between Federer and Nadal, the cheapest tickets for Friday's semi-finals were on offer at well over $700 on the official ticketing website when the match began.

By the time Del Potro had clinched victory to reach his first grand slam semi-final since 2013, they had crashed below $200.

When Del Potro won the title in 2009, he beat Nadal in the semi-finals and Federer in the final to clinch his only grand slam to date.

After three wrist surgeries, he almost quit the sport but is back in the last four and believes he can repeat his 2009 feat.

"I played (Nadal) in 2009 too, the same as Roger and hopefully I can repeat the result," he said.

"We look older but he's having an amazing season, number one in the world but with this amazing support anything can happen." (Reporting by Simon Cambers; Editing by Greg Stutchbury)

RELATED: Rafael Nadal through the years