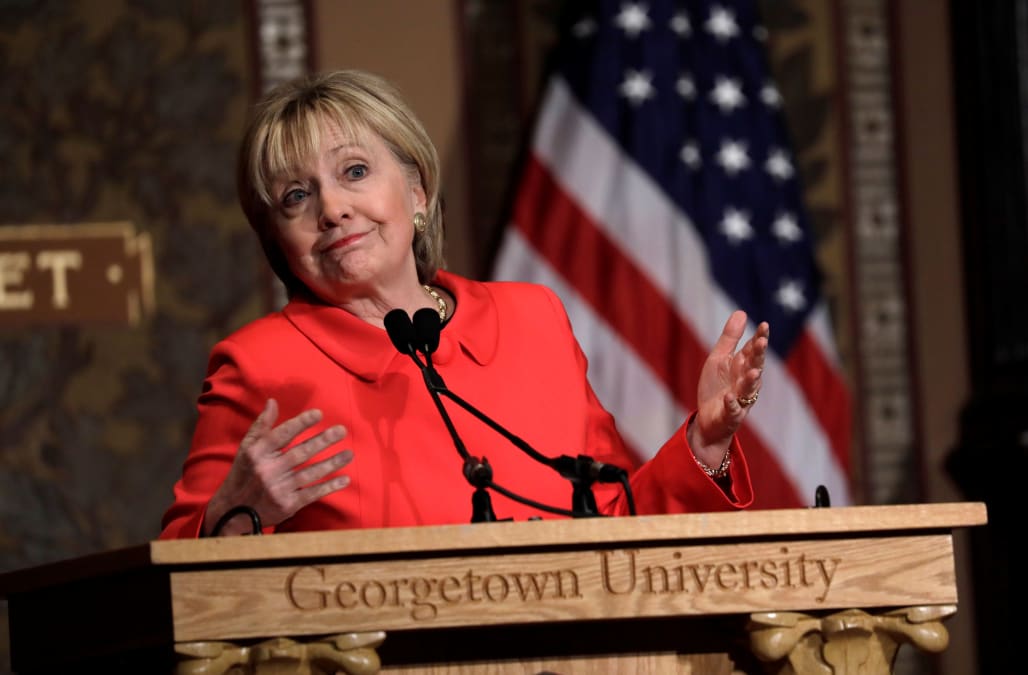 In her new book, "What Happened" — officially out on September 12 — Hillary Clinton said her phone call to then-President-elect Donald Trump conceding the election last November was "without a doubt one of the strangest moments of my life."

The former Democratic presidential nominee said that the conversation was strangely casual, "like calling a neighbor to say you can't make it to his barbecue," according to CNN, which obtained a copy of the book early.

RELATED: Reactions to the title of Hillary Clinton's book

"I congratulated Trump and offered to do anything I could to make sure the transition was smooth," she wrote. "It was all perfectly nice and weirdly ordinary, like calling a neighbor to say you can't make it to his barbecue. It was mercifully brief ... I was numb. It was all so shocking."

Clinton called Trump in the early morning hours of November 9, shortly after he won the state of Wisconsin, overcoming the 270 electoral vote threshold.