Hillary Clinton promoted a news website 'for the 65.8 million' — here's what its founder says it's all about 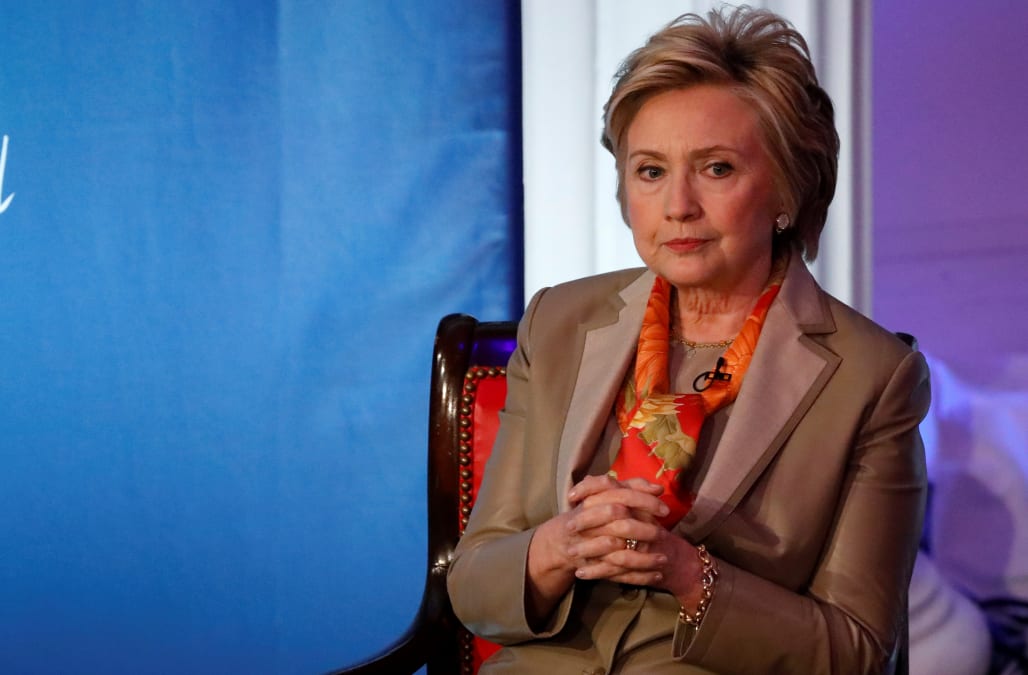 The site's mantra, touted at the top of every page, is "Media for the 65.8 million," a reference to the popular-vote total Clinton received in the 2016 presidential election. Almost immediately after Clinton tweeted in support of the site on Sunday evening, it was hit with a denial-of-service attack, forcing the site offline for several hours.

In an interview Monday, Verrit founder and CEO Peter Daou told Business Insider what he hopes to accomplish with the site.

RELATED: A look back at Hillary Clinton's 2016 campaign

"So we want to do something where we rigorously vet these facts and we actually stand by our research and put an authentication code on every fact that we put up," he added. The "authentication code," according to Daou, who advised Clinton during her 2008 presidential run, links users to the original source of the content and provides necessary context, but he suggested there is a deeper urgency for a new kind of rigorous fact-checking in the era of the Trump administration.

President Donald Trump has consistently earned low marks for trustworthiness, according to some national polls. An August 23 Quinnipiac poll found a majority of voters do not trust Trump to tell "the truth about important issues." That followed similar polling from Gallup and CNN, among others, in the seven months since Trump took office. In January, Trump counselor Kellyanne Conway rattled viewers when she attempted to defend false information about the crowd size at Trump's inauguration by calling them "alternative facts."

"When you lose a shared reality, where the definition of a fact is in question there’s no longer the possibility of civil dialogue anymore," Daou told Business Insider. "If the person you're arguing with says, 'I’m not going to concede that a fact is even a fact,' you’ve got nothing left."

In combatting this and the broader challenge of debunking false stories that spread on the internet, Daou said Verrit aims toward "a diligent adherence to being factual, so that this is not just a matter of some partisan site."

Despite that assertion, some of the early reaction to Verrit — and specifically to its "Media for the 65.8 million," mantra — has been negative.

Some users on social media seemed to interpret Verrit as a liberal, progressive answer to other partisan sites at best — and at worst, as a platform for a potentially resurgent Clinton. Daou says it's neither of those things, but he acknowledged that he does want Verrit to "reflect the worldview" of the 65.8 million voters who chose Clinton in 2016 — a group that included voters from all corners of the political spectrum.

"Those voters are not a monolith," Daou said. "Those include Republicans, independents, Greens, Bernie Sanders supporters, Obama supporters. It’s a very diverse group of people. Of course, they all voted for the same person, but for different reasons."

Critics also pointed to Clinton's tweet promoting the site on Sunday, raising questions about any involvement she might have with the project. Daou said Verrit "has no financial relationship with Clinton." Daou and his wife, Leela, are funding the site themselves, but he says they may seek private investors in the future.

NOW WATCH: Putin's controversial bridge to connect Russia to annexed Crimea will be the longest in Russian history

SEE ALSO: Trump reportedly plans to end DACA — and the young immigrants who depend on the program are in 'panic mode'