Picture of rower's hands after Arctic expedition horrify the internet 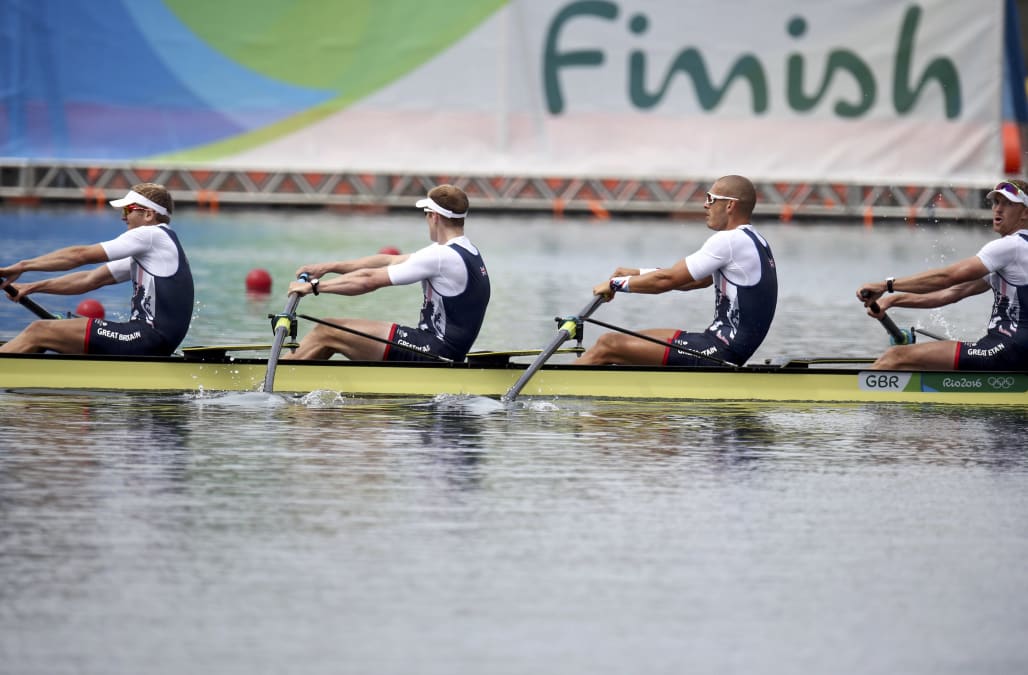 The crew is rowing the waters of the Arctic on a mission to explore the Northern seas, collect environmental data, and raise money for charity.

POLAR ROW UPDATE: This smile says it all...the happiness I feel right now to be alive & on dry land!! We have stopped on the island of Jan Mayen which is 370 miles North of Iceland. @thepolarrow crew are all battered, bruised and weary after one hell of an ordeal. We need time to recover, dry out & assess our next options. The water and conditions were seriously cold. I was wet for almost 12 days, 99% humidity and 2 degrees doesn't give you much chance of warming up. My toes have suffered the most. The only warmth came from rowing. So we rowed... The crew rowed to Jan Mayen & arrived last night. We have been taken in by the tiny community here who have opened their arms to us. They made sure we could get warm & dry then produced the biggest most wonderful feast. Nothing has ever tasted so good! They must have seen the desperation in our eyes as we stepped onto the beach. At times I truly believed that I wouldn't see land, my family or anything ever again. I have a new appreciation to life & everything I have. I've never been so cold, so wet, so sleep deprived for so long... So decisions will be made, options will be assessed, weather will be reviewed and I'll do my best to keep you updated. Thank you everyone so far for following the journey! #polarrow #arcticadventures #rowing #wet #alive #freezing #decisions #kindnessofstrangers #oceanrowing #rowinglife #adventure #exploration #arcticocean #dad #fatherhood #parenthood

Rowing in freezing Arctic climates has some truly shocking side effects on the body. Gregory took to social media to share a photograph of his hands after a wet and grueling row.

My hands after spending so long in wet gloves.The blisters were never bad on this Polar row, but the wet & damp seeped into the skin... pic.twitter.com/N3Y6s3m4Uh

His swollen, wrinkled hands are genuinely a thing of nightmares.

Twitter reactions to his mangled mitts ranged from comedic to horrified:

Please tell me this isn't real 😱😱

You might as well just throw those hands out and get new ones at this point.

Wow! Are you the BFG's hand twin?

My grandpa's hands look better, and he's been dead for 4 years!

Yeah. Bet those were fun... #babysofthandspic.twitter.com/kTQt1tFXWg

Glad you've still got hands! You look like a white walker from GoT!

Sure, his hands might look like he's been dead for weeks, but it comes with the territory of being an Arctic trailblazer.

More from AOL.com:
Someone fired a crossbow arrow into a cricket pitch, forcing 1,000 people to evacuate
Olympian shares a photo of his hands after Arctic row and OMG
Why the Mayweather vs. McGregor fight is so gross