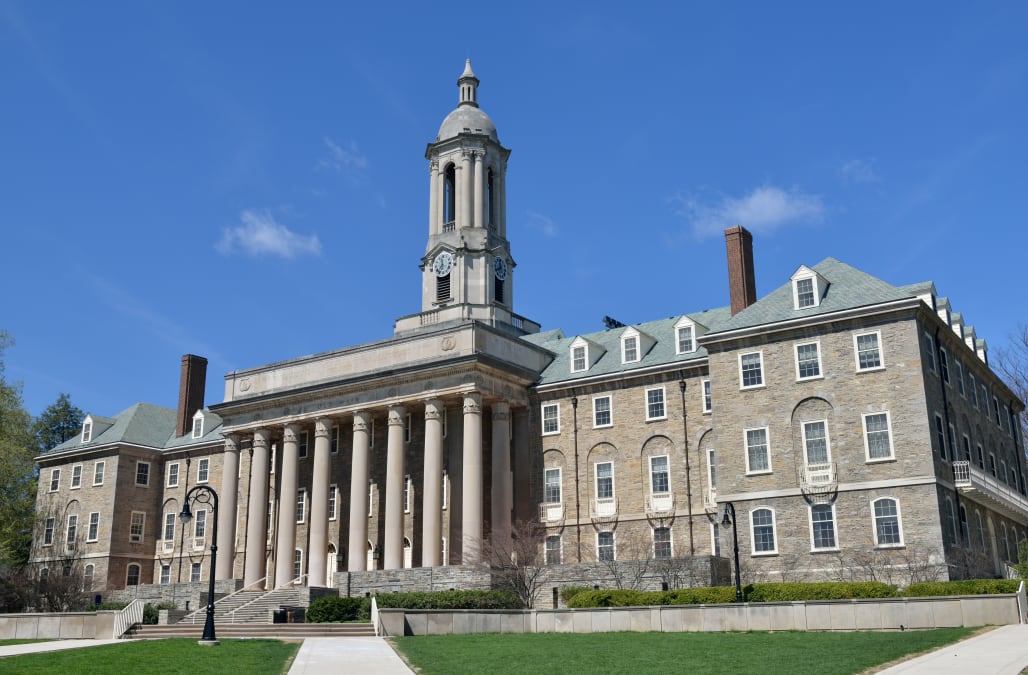 BELLEFONTE, Pa. — Fourteen members of a disbanded Penn State fraternity must stand trial in the hazing death of a pledge, but a judge on Friday tossed out the most serious charges, including involuntary manslaughter and aggravated assault.

Eight of the former Beta Theta Pi brothers saw those serious charges dismissed. In addition, four of the total 18 defendants had all of their charges dropped.

The charges that remain are misdemeanors, and the former Beta brothers originally facing aggravated assault counts, a first-degree felony, could have seen as many as 10 to 20 years in prison if found guilty.

The former Beta brothers are still facing a reckless endangerment charge, which carries up to a two-year prison sentence, as well as hazing and alcohol-related charges.

District Attorney Stacy Parks Miller announced after District Judge Allen Sinclair made his ruling that she plans to refile charges and denied there was prosecutorial overreach because the more serious charges were dropped.

"We obviously believe in the original charges or we wouldn't have brought them," Miller said.

The family of Timothy Piazza, the 19-year-old sophomore who died following the party at the Beta house in February, are "devastated," she added. "We have to go through this terrible process again."

It was not immediately clear if the students will be tried together, but Sinclair said he wouldn't expect the trials to begin until at least the spring.

Two other fraternity members had earlier waived their right to a preliminary hearing, but must still go to trial.

The defendants have denied all charges.

Piazza was at a Beta pledge event on Feb. 2, when police said he fell down basement steps during a night of excessive drinking. First responders were not called until almost 12 hours later — after various brothers tried unsuccessfully to give him any meaningful assistance, prosecutors alleged.

During the course of the preliminary hearing, which began in June, Centre County prosecutors and defense attorneys sniped and bickered — causing the judge to threaten to throw out both sides from the courtroom.

Prosecutors painted the fraternity brothers as pressuring their pledges to drink at dangerous levels, while defense attorneys said their various clients didn't know the full extent of what happened that night and Piazza wasn't forced to keep consuming alcohol after an initial pledge ritual.

"Yes, there's excessive drinking on college campuses," defense attorney Theodore Simon, who represents one of the eight who were facing felony charges, argued Thursday. "That does not transform it into criminal behavior."

On Wednesday, Tim Bream, the fraternity's live-in adviser and a Penn State Athletics employee, testified that although he lived in the house, he went to bed before any of the activities leading to Piazza's death occurred and he was more of a "guidance counselor" than an "overlord."

The judge had subpoenaed Bream, 56, for a contempt hearing after the defense unsuccessfully tried to have him testify as a witness in the case. Some of the students' attorneys argued Bream was in a position of authority and could have stopped members from deleting group text messages about the incident, but never did.

Penn State shut down the Beta chapter permanently after an investigation into Piazza's death and the Beta Theta Pi International Fraternity suspended the group. The international's leaders said they have "clearly and consistently expressed its position that it does not tolerate hazing or alcohol abuse."