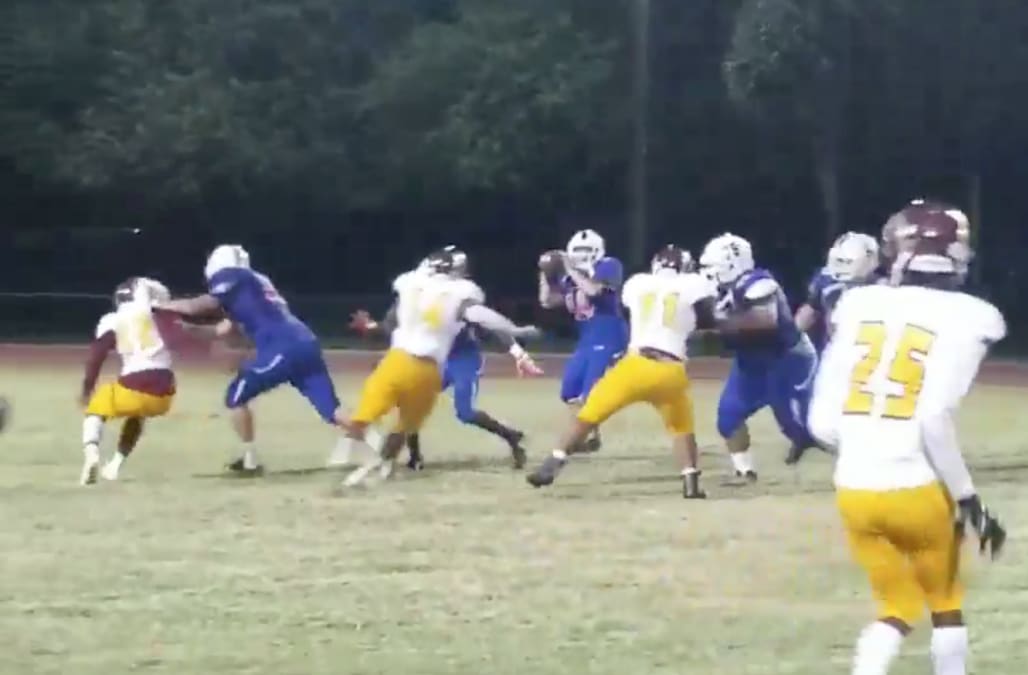 Holly Neher has become a part of high school football history, and she did it on the first pass attempt of her career.

Neher, a quarterback for Hollywood Hills High School in Florida, had never thrown a pass in an official game when she entered Thursday night's showdown against Hallandale, but she wasted no time introducing herself to the fans. On just the third snap of her career, the junior found receiver Alexander Shelton in the end zone with a 42-yard pass, giving her team its first touchdown of the night.

Take a look at the remarkable play:

While the game ended in a 21-7 loss for Hollywood Hills, it was an eventful night for Neher, who became the first female player to throw a touchdown pass in the history of Broward County. She connected with Shelton on another play before the end of the night, finishing the game with two completions for 66 yards.

"I just saw a little bit of orange on my first pass and it went for a touchdown to Alex," Neher said, according to the Miami Herald. "I was pretty excited."

While Neher hasn't been announced as the starter for next week's game, she's hopeful that her performance can speak for itself.

"The coach saw what happened, and I'll let the coach make the decision," she said.

NOW WATCH: The full-body gym routine this retired Olympic swimmer does to stay in amazing shape