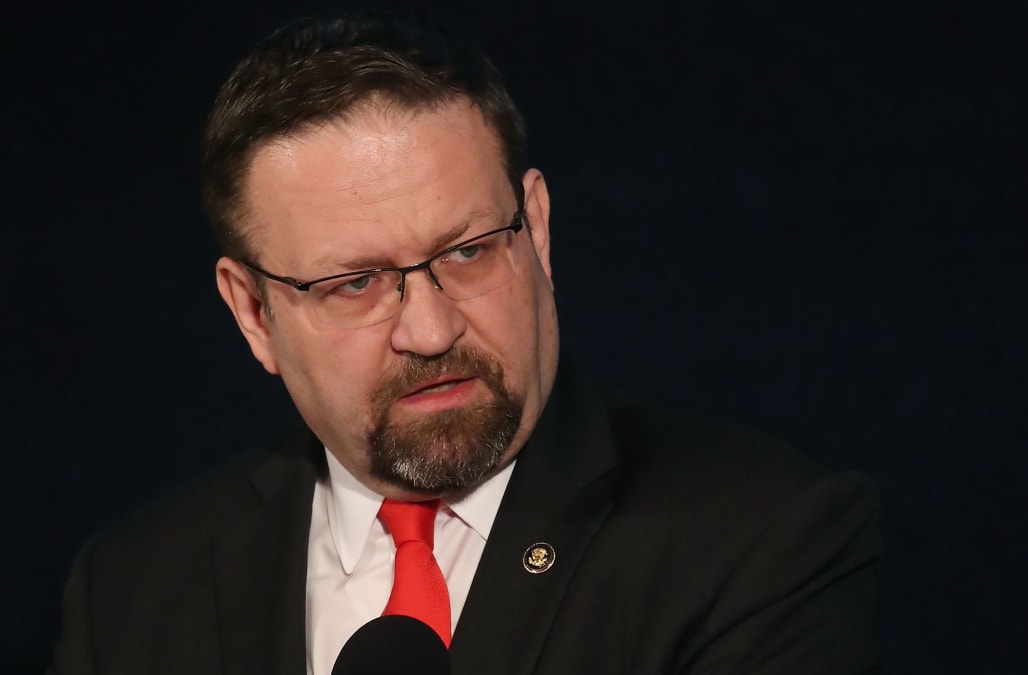 A key ally of since-departed chief strategist Steve Bannon, Gorka left the White House last week under questionable terms. A spokesperson indicated that he was fired, though Gorka claimed he resigned.

During a radio interview with Fox News' Brian Kilmeade on Monday, Gorka said he was "puzzled" by Secretary of State Rex Tillerson's declaration that Gorka was "completely wrong" to argue that the president wasn't fulfilling his campaign promise by not using the phrase "radical Islamic terrorism" during a recent speech.

"I don't expect counter-terrorism expertise from a former oil industry mogul, but to say that the president's speech on Afghanistan shouldn't be about radical Islamic terrorism, it should be about all forms of terrorism," Gorka said, referencing Tillerson's former role as the CEO of Exxon Mobil. "I would like to hear the secretary tell me about all the animal rights terrorists or the white supremacists terrorists that are coming out of the Hindu Kush or Tora Bora."

Gorka largely echoed his sentiments from a letter to Trump on Friday, in which he wrote that staffers who "most embodied and represented the policies that will 'Make America Great Again,' have been internally countered, systematically removed, or undermined in recent months."

"I realized I work for Steve Bannon, he's gone and the wrong people are at the helm of policy issues," Gorka said. "We will right that ship from the outside but for the time being the best I can do is to be effective as a private citizen."

Gorka said that after he heard Trump's speech on ramping up troop levels in Afghanistan, he knew "that the anti-MAGA forces were in ascendance."

"Not one mention of radical Islam in that speech that was written from the president," he said.

He also took shots at the GOP as a whole.

"The GOP thinks they won the election on November 8th and they are very, very mistaken in that," Gorka said. "Donald Trump may have been the formal Republican candidate but he wasn’t the establishment's candidate. He wiped the floor with all the establishment candidates who never took him seriously."

Gorka also denied that he had officially returned to Breitbart News, hinting that he may have other projects in the works, and insisted that he resigned and was not fired from the White House.

Most notable for his bombastic television interviews that occasionally grabbed the president's attention, Gorka's importance to the White House was the subject of debate. BuzzFeed reported in April that Gorka was struggling to receive security clearance, and Yahoo News reported that chief of staff John Kelly revoked Gorka's clearance while he was on vacation earlier this month.

SEE ALSO: Fox News anchor Bret Baier explains why he's intensely campaigning to get Trump to come on for an interview