Man follows woman onto subway beam in New York, talks her out of jumping 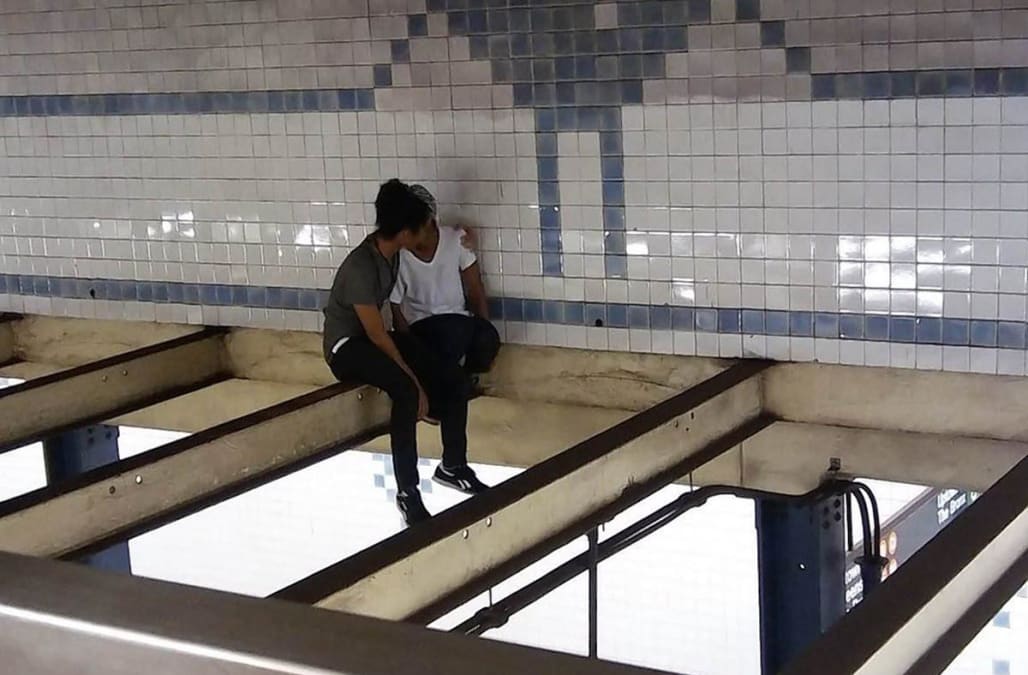 A good Samaritan climbed across a girder to talk a suicidal straphanger out of jumping onto the train tracks at an East Village subway station Saturday.

The man followed the troubled young woman about 10 feet out onto the beam over the tracks and sat with her, trying to calm her down at the Broadway-Lafayette subway station at about 3:30 p.m.

“The only thing I overheard was the young girl saying nobody cares about her,” said Michal Klein, 38, of Hoboken, who had just come off of a downtown D train and was headed to a burger joint.

Other subway riders crowded around and watched the drama unfold as the man gently talked to her.

Witnesses told Klein that the woman climbed over a railing and crawled along the girder above the tracks. The man followed her the same way.

“It was just like a random person who went over to keep her calm,” Klein said.

Cops soon arrived and moved people away from the scene. At about 4:20 p.m., they escorted the distressed young woman from the station and brought her to an ambulance.

“I just hope that she gets help,” Klein said.