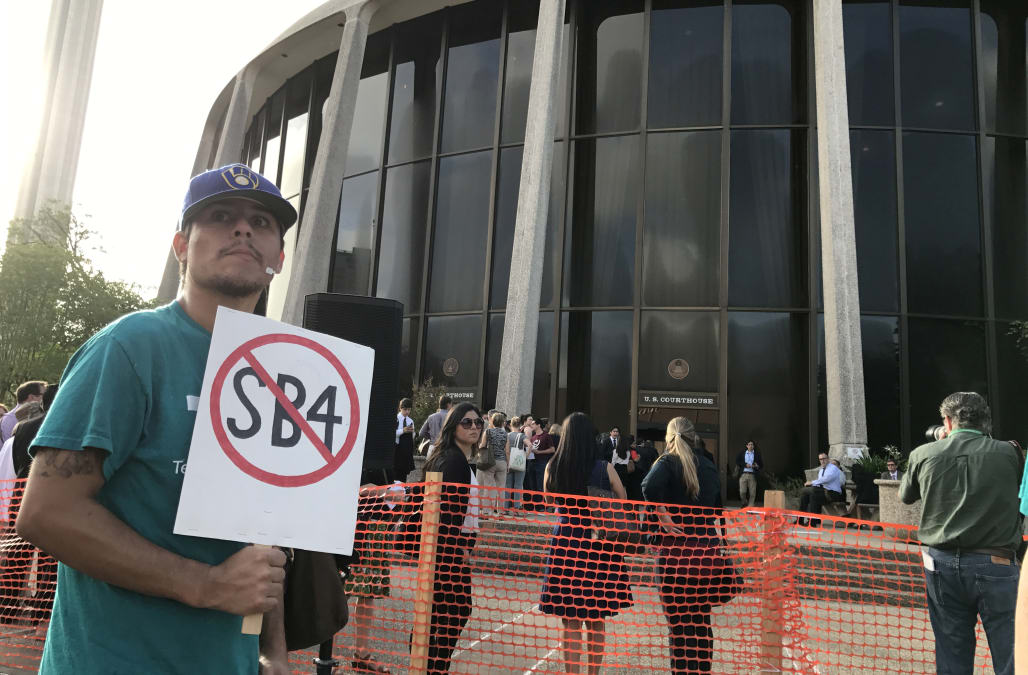 AUSTIN, Texas (Reuters) - A U.S. judge on Wednesday halted parts of a Texas law intended to aid federal immigration enforcement by punishing so-called "sanctuary cities," in a ruling handed down two days before the measure was to have taken effect.

"The court cannot and does not second-guess the legislature, Garcia wrote in a 94-page decision. "However, the state may not exercise its authority in a manner that violates the United States Constitution."

A representative for the Texas attorney general could not immediately be reached for comment.

The Texas law, which takes aim at any jurisdiction that refuses to cooperate with federal immigration authorities, is considered one of the toughest anti-illegal immigration efforts in the country.

It would have been the first of its kind since President Donald Trump took office in January. The Republican president has pledged to crack down on illegal immigration.

The federal judge's ruling, among other things, blocks a portion of the law that would require local law enforcement agencies in Texas to fulfill requests by U.S. immigration agents to hold immigrants in their jails until they can be picked up for deportation.

The American Civil Liberties Union challenged the Texas measure in a lawsuit on behalf of some local jurisdictions in the state.

"This law would have essentially created an immigration police state in Texas and the court properly struck it down in all critical respects," ACLU attorney Lee Gelernt said in a statement.

(Reporting by Jon Herskovitz in Austin and Alex Dobuzinskis in Los Angeles; Editing by Sandra Maler)