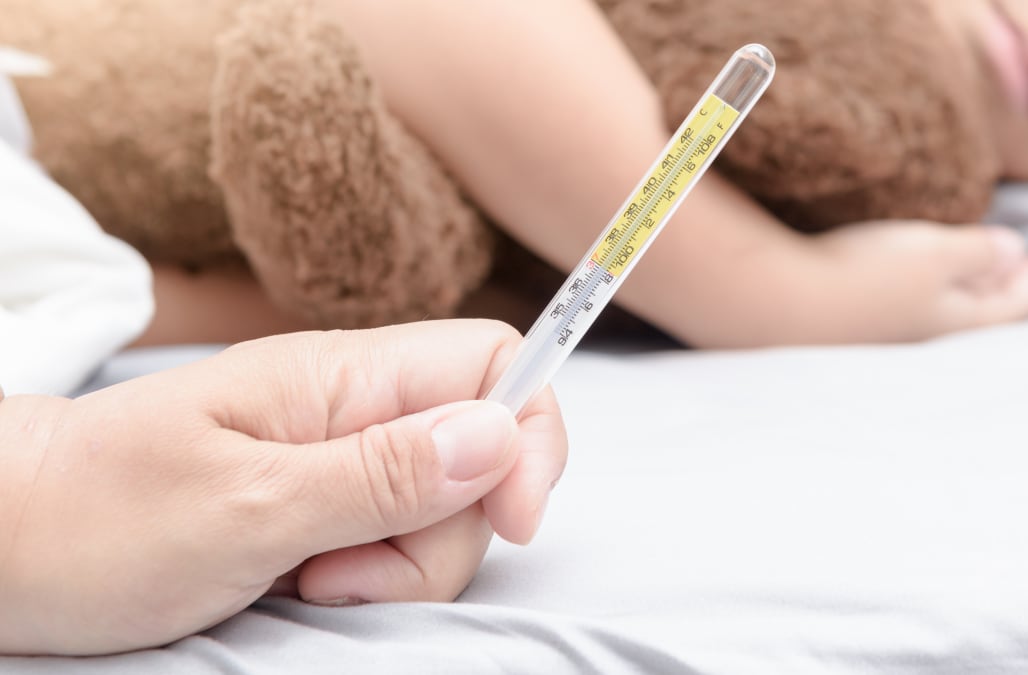 DERRY TOWNSHIP, Dauphin County, Pa. (WPMT) — Hershey Medical Center has been cited by the Pennsylvania Department of Health following an investigation into the death of a 6-year-old boy.

On January 10, a child was brought to the emergency department at 2:51 p.m. with a body temperature of 89.4 degrees, according to the state health department. Due to that thermal reading, he was placed under a “Bair Hugger,” a blanket-type warming device — Hershey says the device uses hot air to raise the patient’s temperature.

The boy’s temperature was checked and recorded in two-hour intervals until 12:43 a.m. (the next day) — documentation revealed that was the last reading taken until 10 hours later.

The health department says the child, who spent the night in the emergency department, had no vitals when he was checked on around 10 a.m. His temperature was taken 22 minutes later — it was recorded at 107.6 degrees. A physician’s note showed that the heating device had been on high all night.

The child was then transferred to the medical center’s pediatric intensive care unit and was declared dead at 5:39 p.m.

The medical center was cited for failing to monitor the temperature of the boy as well as for failing to submit a report within 24 hours of the serious event.

Hershey did not report the above incident until March 29, 77 days after it occurred, the health department states. A medical center employee anonymously reported the event to the Patient Safety Authority which then sent a letter, dated March 3, to the institution.

The medical center released a statement Wednesday on the event:

In March, Penn State Health Milton S. Hershey Medical Center leadership was made aware of an anonymous report submitted to the Pennsylvania Patient Safety Authority about the death of a child at our medical center in mid-January.

The patient was a 6-year-old boy with ongoing, complex and life-limiting health issues.  He was brought to our Emergency Department for low body temperature and presumed sepsis. The boy was placed under a ‘Bair Hugger’ – a device that uses forced hot air to raise a patient’s temperature. After spending the night in the E.D., his blood pressure dropped and his temperature rose to 107 degrees, prompting escalation to the Pediatric Intensive Care Unit the following morning. He died several hours later. Subsequent review of his chart revealed no documentation of his temperature over a 10-hour period.

This situation raised serious issues, and our response has been equally serious.

Upon being notified by the Patient Safety Authority of the anonymous letter, we contacted the Pennsylvania Department of Health (DOH), prompting a visit from DOH representatives in April.  Investigation into this matter revealed that an agency nurse was overseeing the child’s care during the 10-hour gap in temperature documentation, and no one involved in the child’s care reported the incident to our Patient Safety Department or submitted a report through our reporting system.  Patient safety events, which are incidents that result in harm to or death of a patient, are required to be reported to our Patient Safety Officer within 24 hours. Such incidents that are determined to be “serious events” must also be reported to the DOH within 24 hours of the hospital’s confirmation of the event.

Based on the initial findings of the investigation completed by the DOH, we were cited with five issues related to a serious event. These issues focused on the failure to report the patient safety issue, failure to meet standards of care, and failure to evaluate and ensure the orientation of agency nurses when we hire them.

As an organization that holds itself accountable for providing the highest quality care while protecting the safety of patients, employees and visitors, we recognize this situation as an unacceptable failure. We expect more of ourselves as a system and as individuals committed to the highest standards of care for each person we serve. We have responded with the utmost of focus and determination to do better. During the DOH on-site investigation, we immediately developed a corrective plan of action for each issue identified. Just as importantly, we launched our own investigation to determine what happened, how it happened and how to prevent it from ever occurring again.

We immediately began to implement measures to address this specific circumstance and enhance the overall safety of care. Among these activities, we required every Medical Center employee—not only those with direct patient care responsibilities—to undergo training to ensure the timely reporting of patient safety events. Our “standard of care” policies across the Medical Center (including the Children’s Hospital) were reviewed and updated to ensure consistency with best practices. To ensure these policies are being followed, we are conducting random audits of patient records. Use of the Bair Hugger device for pediatric patients is now limited to the operating rooms, where patients are continuously attended. Finally, we created a new process to more consistently onboard and track all agency nurses, to ensure that their skills and training meet our standards, and to ensure timely evaluations of their performance.

We have submitted our formal corrective plans of action and summarized the significant progress already made in achieving these measures to the DOH. As a result of the period of time between the onsite investigation and receipt of the formal written notice of the citations on June 26, the vast majority of the action items have already been completed, and accepted by the DOH.

As a health system dedicated to providing the very best care to the most acutely ill and injured patients, we are deeply saddened that this death occurred and are taking action to prevent this type of event from ever occurring again.

More from AOL.com:
We should never have told people to start taking vitamins, and new research linking one type to cancer shows why
A new way to fight heart disease may also tackle cancer
One of the biggest fears about the future of Obamacare was just eliminated