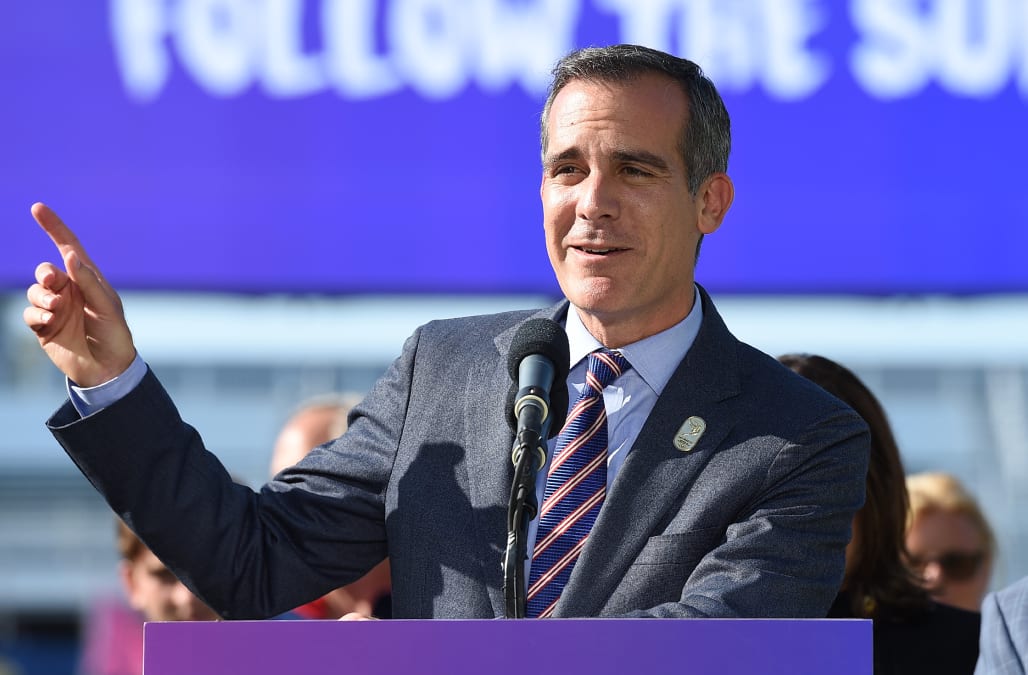 Those who have been eager for the 2020 campaign to get rolling can rejoice as Politico notes that the wait is over.

The publication reports that Los Angeles Mayor Eric Garcetti, who is deemed a potential 2020 contender, made a Monday appearance at an event held in a Manchester, New Hampshire strip mall.

He was there to support fellow Democrat Joyce Craig for mayor, characterizing the race as, “the most important…in the country,” but, according to Politico, also spent some time interacting with the crowd.

While it seems rather early for Democratic nomination hopefuls to be emerging, even if only in terms of rumors and likelihoods, it’s not unreasonable to imagine that those intending to run would want to make themselves known early.

The primary is expected to be overflowing with hopefuls in various stages of their political careers, notes the New York Magazine.

There’s also been discussion of potential efforts from many who have not yet achieved household-name status, including Representative Tim Ryan of Ohio, who attracted some attention for suggesting House Minority Leader Nancy Pelosi step down.

More from AOL.com:
Barack Obama makes rare endorsement in St. Petersburg race
Far-right media outlets are worried they may lose Trump's attention
'I will get Putin on this program and we will get Donald elected': Trump's lawyer is at the center of questions about his ties to a Russian businessman