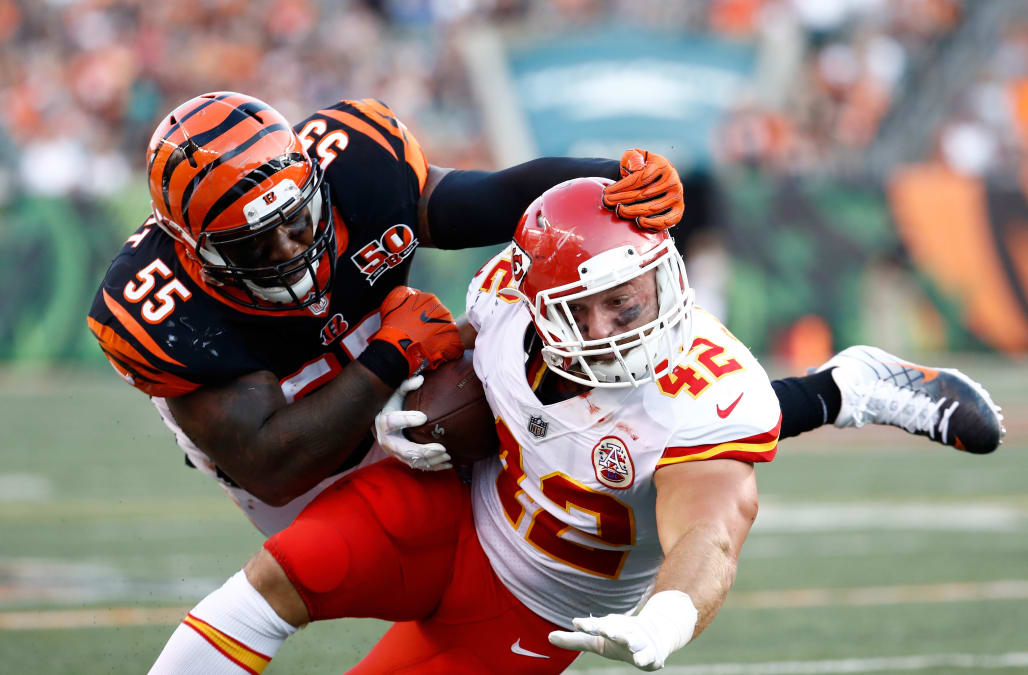 It appears Vontaze Burfict will once again begin the season on the sidelines.

As ESPN's Adam Schefter reports, Burfict is facing a five game suspension for a hit on Steelers fullback Anthony Sherman while he was in a defenseless position.

Burfict is appealing the decision, and will argue that the hit he made was legal. He has a hearing set for next week according to Schefter's sources.

The rule and hit have both been a topic of debate since news of the suspension broke. According to the new rule, a defenseless receiver can be defined as "A receiver running a pass route when the defender approaches from the side or behind. If the receiver becomes a blocker or assumes a blocking posture, he is no longer a defenseless player." Also in question is whether Burfict made contact with Sherman's head.

You can take a look at the play and judge for yourself below.

This is the hit by Vontaze Burfict on Chiefs FB Anthony Sherman that earned Burfict a reported 5-game suspension. He is appealing pic.twitter.com/X4l2d3Bfr8

The Bengals are standing by Burfict and his appeal, and released a statement to address the issue.

"The Bengals are aware of the NFL’s letter to Vontaze regarding a play in last weekend’s game. The film shows that the hit was legal, that Vontaze engaged his opponent from the front, and that contact was shoulder-to-chest. The Club will support Vontaze in the appeal process." Cincinnati Bengals, On Burfict's suspension

Burfict might have a tough time in appeal, given his history with penalties for illegal hits. As Schefter notes, Burfict has been flagged 16 times for unnecessary roughness, personal fouls or roughing the passer over the course of his five year career. That said, five games is a sizable punishment, so there is a chance that the number of games gets knocked down a bit. Should the suspension stand as is, Burfict would lose over $880,000 in salary.

The Bengals open the season on September 10 in Indianapolis against the Colts.

NOW WATCH: Mayweather vs. McGregor: Here's how the world's best fighters match up

SEE ALSO: JJ Watt starts fundraiser for Houston in the wake of Hurricane Harvey, pledges $100,000 to support the cause