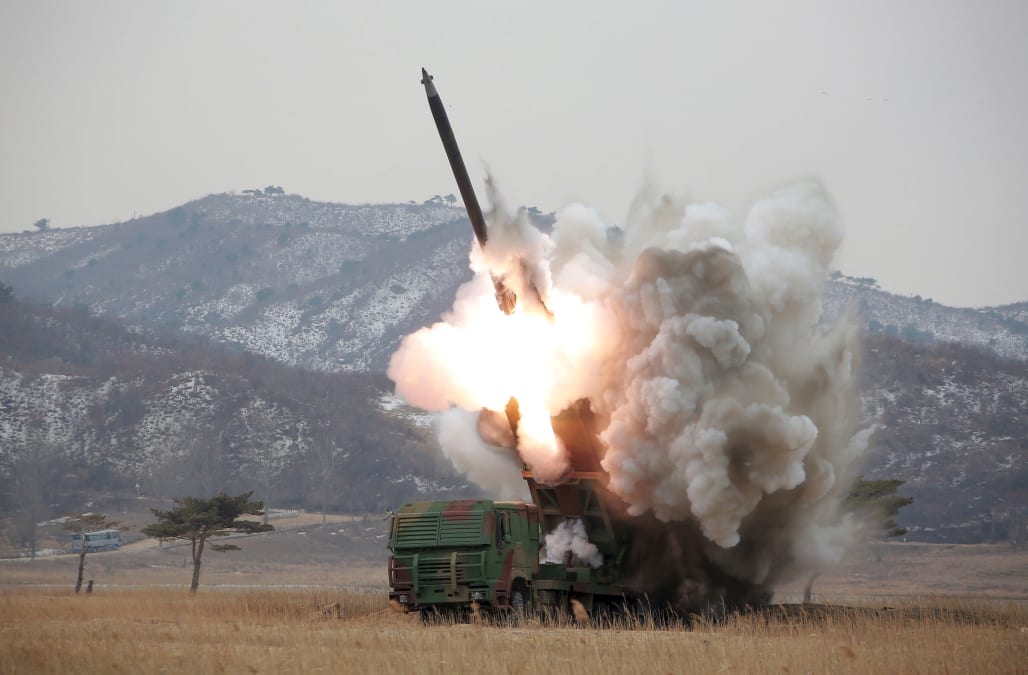 North Korea is believed to be preparing for a nuclear weapons test that could come as soon as September 9, reports the Daily Star.

That date coincides with a national holiday there and marks one year since the isolated Asian country last detonated a nuclear device at its Punggye-ri underground site.

The information comes from South Korea’s intelligence community, which reports that activity at the underground location has been detected.

News of the potential test comes as military from the U.S. and South Korea participate in an annual readiness training.

North Korean officials have voiced opposition to that exercise, with one telling CNN, it comes at the “worst possible moment" in regards to relations with South Korea and the U.S.

It was also noted that signs of escalation will be met with, “catastrophic consequences, the Americans would be wholly responsible."

Just days ago, North Korea fired three short-range test missiles, though none were successful, reports the Associated Press. Two experienced failures while in flight, and the other is said to have exploded shortly after launch.

RELATED: How to survive a nuclear attack

11 PHOTOS
How to survive a nuclear attack
See Gallery

How to survive a nuclear attack

What should you do in the event of a nearby nuclear attack? Click through to learn more.

Seek shelter immediately, towards the center of a building or -- preferably -- a basement. Aim for the same type of shelter you would utilize in the event of a tornado.

The next three slides are examples of nuclear shelters that exist around the world.

The entrance of Shelter Co.'s nuclear shelter model room, which is placed in the basement of the company's CEO Seiichiro Nishimoto's house, is pictured in Osaka, Japan April 26, 2017. (Photo via REUTERS/Kim Kyung-Hoon)
A fallout shelter sign hangs on the Mount Rona Baptist Church, on August 9, 2017 in Washington, DC. In the early 60's Washington was at the center of civil defense preparations in case of a nuclear blast, with over one thousand dedicated public fallout shelters in schools, churches and government buildings. (Photo by Mark Wilson/Getty Images)
A 'shelter' sign is displayed at the entrance to a subway station in Seoul on July 6, 2017 in Seoul, South Korea. According to the metropolitan government, South Korea's city subway stations serve a dual purpose with over 3,300 designated as shelters in case of aerial bombardment including any threat from North Korea. The U.S. said that it will use military force if needed to stop North Korea's nuclear missile program after North Korea fired an intercontinental ballistic missile on Tuesday into Japanese waters. The latest launch have drawn strong criticism from the U.S. as experts believe the ICBM has the range to reach the U.S. states of Alaska and Hawaii and perhaps the U.S. Pacific Northwest. (Photo by Chung Sung-Jun/Getty Images)

If possible, take a warm shower -- but do not use conditioner, as it can bond to nuclear particles.

Do not seek shelter in a car, as they won't provide adequate protection, and you should not attempt to outrun nuclear fallout.

Once you are sheltered, do not leave. Listen to a radio or other announcements.