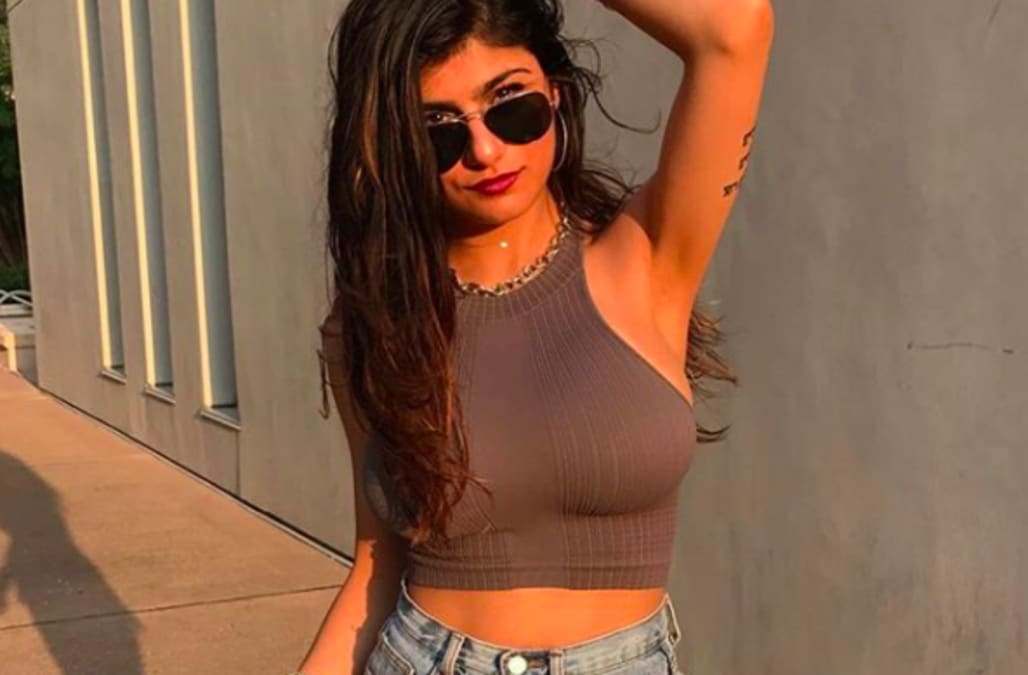 Khalifa, though, says she has no intention of giving her internet attackers what they want.

"[Y]ou can't show weakness. That’s exactly what they’re looking for," Khalifa said. "I really try and just make it look like it rolls off, but I’ll admit, it gets to you after a while."

Mia Khalifa on Instagram
Don't think it's possible for me to love a single place on this planet more than I love the @belmont_hotel_dallas. I'll see y'all in a month 😉 #NoFilterNeeded #DatDallasGlow
It looks like I'm choking him, but I swear I'm not #Fridate 🐶 Cc: @peta
#tbt to before you spilt coffee on your shirt and after the most incredible meal at Zaytina. Miss you, my little Ray of sunshine ☀️
Tonight is the first night in 11 days that I'm not living out of a suitcase or waking up in a hotel. I am happy. This is my exhausted happy face. I ordered Thai food and have #GoT ready to play. What do y'all think is gonna happen at the end of this season 😳
Thinkin' bout how long @fogodechaobr will let me keep my card green
That feeling when you see a few open days in your schedule and immediately start to plan a trip back to DC... how about I come crash @publicbar_dupont's NFL kickoff night 🤔 who do y'all have winning that game? Chiefs (lol) or Patriots?
Ridiculously photogenic Dan #SendingIt
Wear my heart on my sleeve #TheDCSportsGirl
All I need is fresh brows to feel pretty, makeup is just gratuitous. Brow magic by the INCOMPARABLE @likeherbrows! DM her for bookings, y'all, she's an Austin local 🤘🏼
Mood cause of 2 milli followers! Love all of you! Even the weird Brazilians that keep asking for feet pics. Please stop.
Friday night vs. Saturday morning. My disaster of a weekend in a nutshell. #WhataburgerCuresAll #ISleptInABathtub #AndThrewUpInMyBed
Probably going to regret this, but @jeffsolochive and I are gonna be live streaming my pain-fueled drug-induced cooking on @loudhugs at 2pm EST. link in their bio for the stream! Come hang! #LoudHugs #ChipmunkCheeks
When John Wall posts a workout vid 👀
Glistening > Drinking. Back to the grind.
Up Next

One Khalifa scene specifically sparked controversy, when she appeared having sex while wearing a hijab. A hijab is a head covering worn by Muslim women in varying practices of Islam.