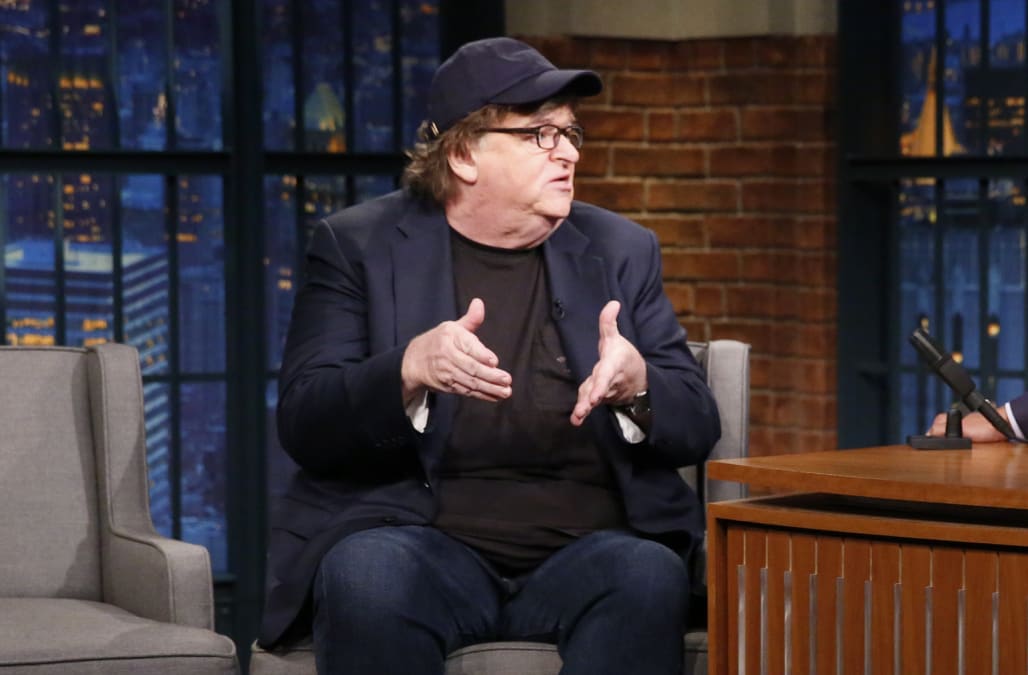 Filmmaker Michael Moore revealed he reached out to Hillary Clinton's campaign with what he believed to be the oversight that led to her 2016 election loss to President Trump.

During a Monday appearance on "The Late Show," Moore told host Stephen Colbert that he saw the writing on the wall and tried telling Clinton's people of the trouble they were likely to face.

"Well, I live in Michigan, and so, right, I was trying to warn the rest of the country out here," Moore said. "People who voted for [former President] Obama were telling me they were going to vote for him."

Specifically, the documentary filmmaker says he saw gaps in her on-the-ground approach in key swing states like Michigan, Wisconsin, Ohio and Pennsylvania. Trump went on to win each of these states.

“These are the Brexit states of America,” Moore explained. "And there’s a lot of angry people, they don’t necessarily like Trump that much. But they see him as their human Molotov cocktail that they want to just throw into the system that has hurt them so badly."

Moore currently has a Broadway play running -- "Terms of My Surrender" -- which focuses on the mocking of Trump.

Despite his correct prediction that Trump would win the 2016 presidential election, Moore says he laments the accuracy of his foresight.

"I’ve never wanted to be more wrong in my life," Moore summarized.