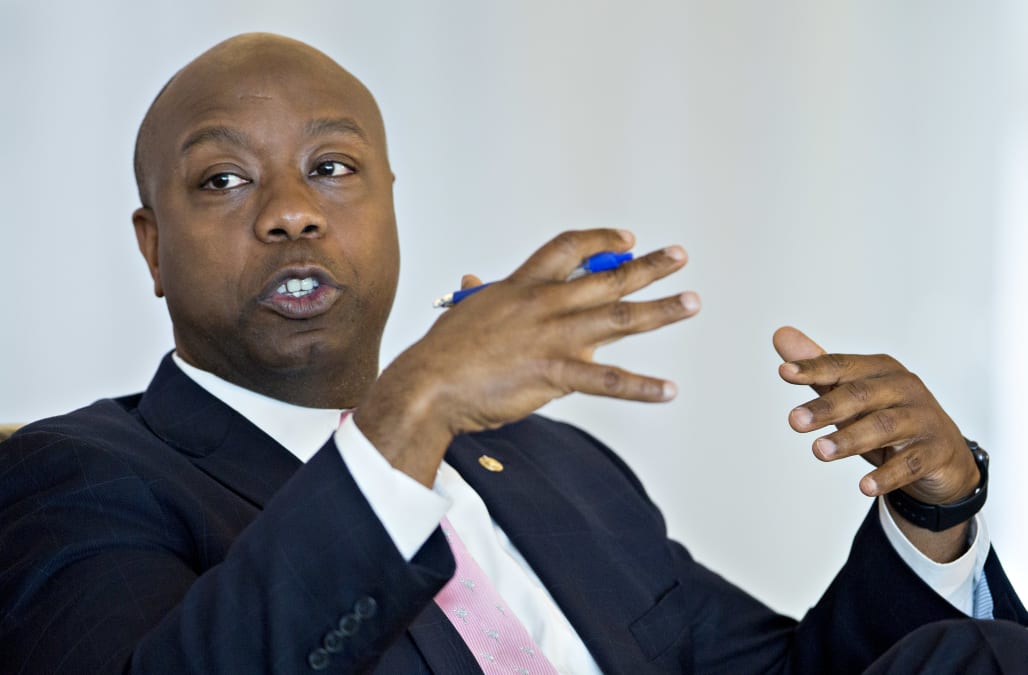 In an interview on CBS' "Face The Nation" on Sunday, Scott explained his argument that Trump's response to Charlottesville "complicates his moral authority" to lead the nation by equating neo-Nazis with counter-protesters.

"It's going to be very difficult for this president to lead if, in fact, that moral authority remains compromised," Scott said.

He added: "His comments on Tuesday that erased his positive comments on Monday started to compromise that moral authority that we need the president to have for this nation to be the beacon of light to all mankind."

Scott urged Trump to try and forge deeper connections with black communities, saying the president needs to "have a personal connection to the painful history of racism and bigotry of this country."

"It would be fantastic if he sat down with a group of folks who have endured the pain of the '60s, the humiliation of the '50s and the '60s," Scott said.

"This would be an opportunity for him to become better educated and acquainted with the living history of so many folks — from John Lewis to my mother and so many others who have gone through a very painful part of the history of this country — so that when he acts, when he responds, and when he speaks, he's not reading the words that are so positive that he's breathing the very air that brings him to a different conclusion."

"When there is confusion where there should be clarity, it emboldens those folks on the other side," Scott told Vice News on Thursday. "It does not encourage the team to work as hard as we should on those priorities because there is so much headwind that you can't see straight."

Watch the clip, via CBS:

Sen Scott: As we look to the future it’s going to be very difficult for this POTUS to lead if in fact moral authority remains compromised pic.twitter.com/VYeq720hew

NOW WATCH: Chris Christie ruined his relationship with Trump because the president is a germaphobe

DON'T MISS: Trump's approval rating drops below 40% in key states that helped him win the election